I've been a part of the Bend theater scene on and off for a long time, and there aren't very many predictable aspects of that world. I've acted in a few dozen plays, stage managed a handful and directed two of them, so I tend to feel like I have skin in the game when it comes to Central Oregon having a strong theater community. Conversely, the quality of the productions always vary across the theater companies, the backstage drama fluctuates between deeply uncomfortable and non-existent and it's usually pretty impossible to tell how opening night is going to be until you're in the middle of it. 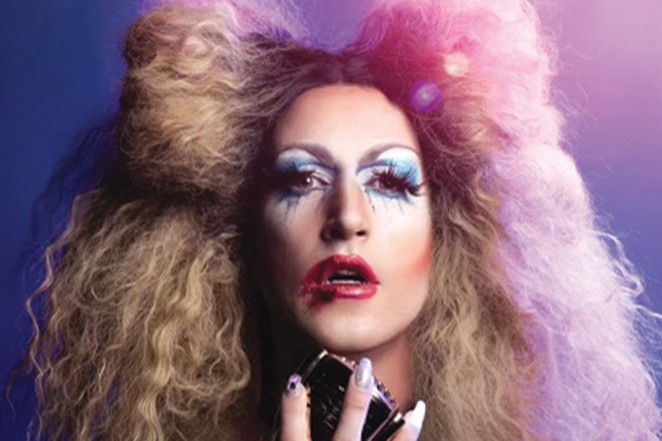 In fact, I'm pretty sure there's only one actually predictable aspect of theater in Bend: If John Kish is involved, it's going to be worth watching. From founding the Cocktail Cabaret at the Capitol, giving a powerful dramatic performance in "The Glass Menagerie" and a classic slapstick performance in "Young Frankenstein" and directing one of the finest musicals Central Oregon has ever seen with "Spring Awakening," John Kish is one of our best storytellers.

So, in a perfect confluence of events, Kish is opening The Greenhouse Cabaret, a theater space inside his plant shop, Somewhere That's Green.

"When I conceived my plant shop idea back in 2013, the theater was also a part," Kish told the Source Weekly. "When I launched the plant shop in 2018 I never dreamed that in four years I would already have the theater launching within it! The main inspiration was 'Little Shop of Horrors,' AKA plants and theater combined, my two loves and passions. Also, I left NYC wanting more nature and grounding, so performing in a planty space is a unique experience I've never seen, for both the performer and audience member."

And what better way to launch Th Greenhouse Cabaret than with one of the finest rock musicals of all time, "Hedwig and the Angry Inch," with Kish in the starring role. "It has often been said that Hedwig is a career-ending role as there's nothing quite like it again," says Kish. "I've never been in the right place or time to get cast, and what better way than to launch my own theater with it. It truly will be a great representation of what this new stage will represent."

In the category of painfully obvious information, the Bend theater scene has a massive lack of opportunities for LGBTQIA2S+ artists and artists of color on stage and in the director's chair. The movement forward has been happening so slowly as to almost be unnoticeable. The Greenhouse is planning on helping change that. "My hope is to host diverse theatrical companies from surrounding Oregon areas to bring more art to Bend," says Kish. "Then, in time, open up that conversation about creating local opportunities here. Many say there are no LGBTQIA2S+ or BIPOC artistic opportunities and I agree. So, I built a theater to do so. The Greenhouse will also be a host to local drag troupes, RuPaul viewing parties and more queer community-building opportunities that are not offered in this town." 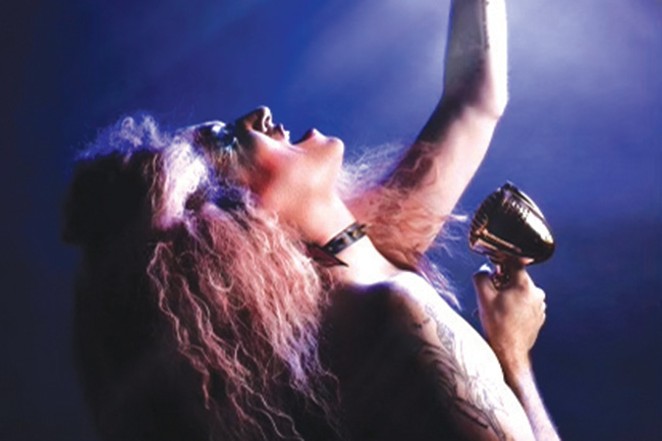 If you're not familiar with "Hedwig and the Angry Inch," it's heartbreaking, hilarious and an enduring artistic work that only gets more relevant with time. Directed by the great Rick Johnson, "Hedwig" has a thematic importance that Kish instinctively knows is an ideal launch to the Greenhouse.

Hedwig not only broke ground by having a trans character front and center of a rock opera, but John Cameron Mitchell's masterwork also balanced the tragedy of loss, the warmth of love and the pitch-black comedy of failure in a way that hadn't been done before or since.

The show stays with everyone who sees it, not just for a day or two, but forever. "I hope people walk away feeling moved," says Kish. "Some may not know why, others may be jazzed from the rock music and some may see life a little differently than before. Hedwig's story is that of us all; a universal pain shared, no matter the circumstances. Acceptance of self is making love; having compassion for yourself and others." 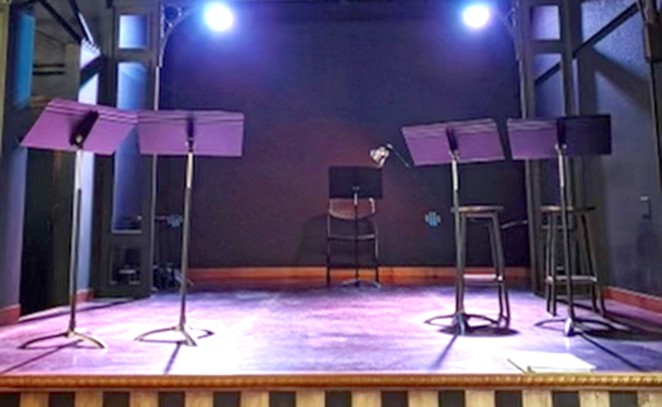 Theater in Bend is in good hands with John Kish. Just look at how beautifully he curates Somewhere That's Green and imagine how that skill would carry over to The Greenhouse Cabaret. He has the patience to build something with strong roots; something that will grow larger and more beautiful over time. He wouldn't oversaturate the scene, instead making sure each and every blossom, each leaf, each artistic endeavor is given the attention and love it deserves. Live theater came very close to dying during COVID. The art form deserves to be regrown with a stronger foundation and I can't think of anyone better than John Kish to plant the seed.