Grownology: The Garden that Grows Up | The Source Weekly - Bend, Oregon

Grownology: The Garden that Grows Up

Humans have long had a fascination with the possible integration of human and machine. From James Cameron's epic 1984 film, "Terminator," to our more recent obsession with half machine, half hero "Tony Stark," the world seems to be ominously awaiting the ever-increasing reality that robots are coming. 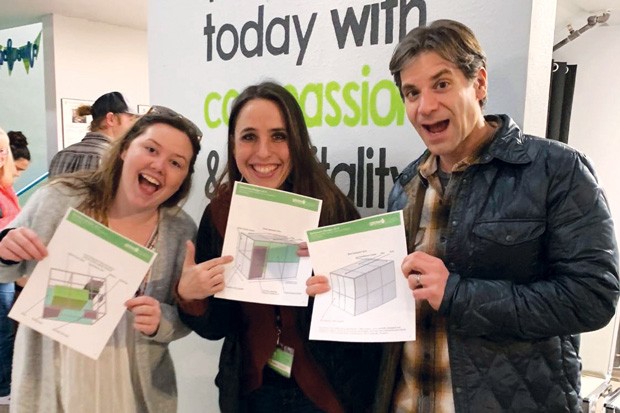 Although we haven't seen robots traveling in time quite yet, all it takes is a quick drive to The Giving Plate to observe Bend's most recent robot: A fully automated hydroponic farm working within micro controls and automated climate controls to grow vegetables 24/7 for Bend's most vulnerable community members. It seems James Cameron was a little off.

The project, as Grownology founder and owner Ben Marsh described, started in 2015 with the vision, as he puts it, to "Create a farm that was sustainable and also took into consideration the need to preserve the planet."

Marsh's introduction into vertical farming came in the form of an open source project, The Open Agriculture Initiative, headed by the Massachusetts Institute of Technology. The project's aim was to introduce "digital agriculture" to the mainstream, by providing plans that let others tap their hydroponic, digitally operated agriculture systems. After obtaining plans and researching further, Marsh contacted Oregon State University Cascades' Energy Systems Engineering Professor Kyle Webb for help.

"We ended up working with a student team, and after two quarters we had actually built a personal food computer that was fully operational," Marsh said. "We were growing lettuce inside this little box, fully climate controlled!"

“We’re working on lowering the barriers of access on healthy, locally grown food.”—Ben Marsh, owner of Grownology tweet this

This event, as Marsh described it to me, was the "OK, we can really do this moment." Still, on the other side stood hundreds of crossroads: where to take digitally operated farming next? Fast forward nearly two years later, and Marsh, with his new company Grownology, is working directly with The Giving Plate, providing them their own hydroponic farm on site.

"We're working on lowering the barriers of access on healthy, locally grown food," Marsh said. The Giving Plate's system is Grownology's "maiden voyage," as Marsh calls it. Right now, Grownology is not offering the systems to the general public, but Marsh hopes to do so soon.

If vertical farming and traditional farming can be compared, one of its major appeals—the factor that holds vertically farming the winner—is water consumption.

One of Grownology's biggest advantages is its need for less water than traditional farming. 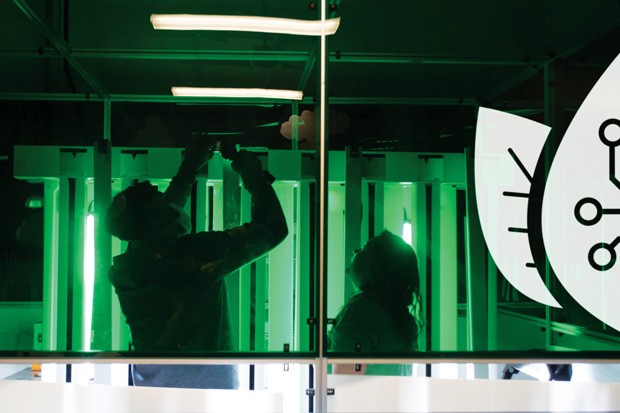 According to the United States Department of Agriculture, approximately 80% of the nation's water use goes to farming. Vertical farming uses around 95% less water than traditional farming methods, Marsh says. In its last harvest, Grownology's system yielded 160 plants from 10 gallons of water—around the same water the average American uses during a five-minute shower. Additionally, the nutrients plants need are dissolved into the water which runs in a recirculating system, Marsh said. As he explained, water and fertilizer, in a traditional system, need to be secured and monitored, while his system retains those resources.

"We're not discharging water through the environment. This is a self-contained system." Among its benefits, a self-contained water system limits nitrates from getting into public water, Marsh said.

With vertical farms now being built around the world, Grownology's owner sees his company as part of a movement that is only getting its start. Right now, workers are creating a 90,000-square-foot indoor, vertical farm in Abu Dhabi, United Arab Emirates—the largest farm of its kind. As Marsh puts it, "I would really like to see a lot more farmers that are growing vertically working together, trying to improve systems, improve the method, so there's maximum benefit for potential growers in the future."