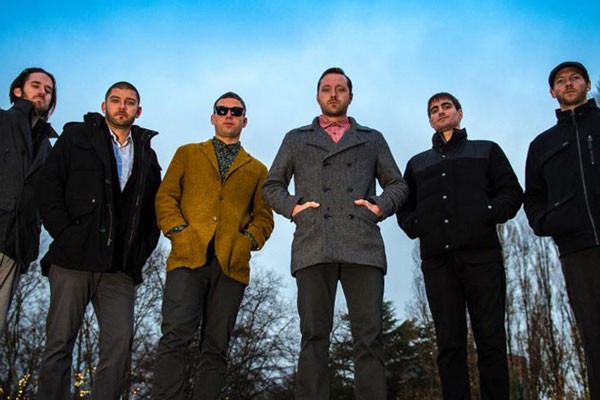 There's just something about a really great soul band. The lyrics... the music... everything comes together to connect with the human condition, and you can't help but move. Monophonics brings its Bay Area soul funk jams to the Volcanic Theatre Pub this week, and if you haven't heard them yet, do yourself a favor and look them up immediately. Monophonics incorporates the psychedelic sounds of the '60s and '70s into a modern-meets-retro vibe you won't want to miss.

"For me, personally, aside from songwriting, the production and how it sounds sonically, how it's recorded, draws me to soul and psychedelic music," says Ryan Scott, trumpet player and percussionist for Monophonics. "I don't want to say it's meant for a record player, but it's the overall vibe. It was a different time and era. The way it was coming out and was written then, that movement in the '60s, it speaks to everyone in this band, naturally gravitating toward that time period of music."

"We're always trying to push the sound, the boundaries, while staying true to what we do, keeping our feet planted in what kind of band we are." —Kelly Finnigan tweet this

For the members of Monophonics, the psychedelic soul sound speaks to them as individuals, and as a band. The band loves having complete control over its sound. Ian McDonald, the band's guitarist, and Kelly Finnigan, keys and lead vocalist, produce and record Monophonics' albums.

"How records sound really speak to a listener," McDonald says. "You may have heard a song played on an acoustic guitar, but then when you hear it produced out, the drums sound a certain way or it has a cool guitar effect. People can really attach to it. These things are like ear candy and people can listen to a song over and over again and hear new things every time."

The band has a recording studio in Merit County, Calif., and Finnigan admits that it's really nice because the band as a group trusts him and McDonald to put together the songs how everyone would like.

"I feel like we all have a vision and for the other guys to allow Ian and myself to bring that to life, it's really cool," Finnigan says. "We really respect a lot of bands where there are guys in the band who engineer, produce and arrange. We all have our little things we bring to the table."

On Feb. 15, Monophonics will release an EP of covers called "Mirrors." When thinking about their sound, Finnigan admits they look at so many different genres and bands for inspiration. Sometimes they learn certain covers to play live, others they'll record to see how they sounds.

"We chose these six together because they showcase a variety of songs that really speak to us," Finnigan says.

Aching for new jams from Monophonics? You won't have to wait too long—and the covers EP may tide you over until the next full album.

"We're actually in the studio right now working on some new stuff," Finnigan says. "So far it's going well. We're always trying to push the sound, the boundaries, while staying true to what we do, keeping our feet planted in what kind of band we are. People can expect Monophonics, but growth in songwriting, the songs first and foremost. The production, the arrangement, the musicianship. We're continuing that path of growth and maturity."

Prepare to get funky—this will be a show for the books.