"In 2017 the legislature passed a bill to do ADUs for farm workers, and then it also allowed cities to do the ADUs, but it left out the rural areas for property owners to develop that ADU," said Jack Zika (R-OR 54), Redmond's representative in the Oregon legislature. 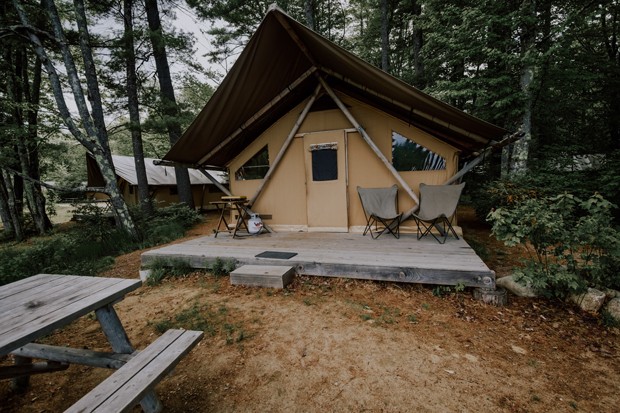 To build one of these guest homes, people have to adhere to criteria set out by the legislature. They can't be larger than 900 square feet, they must be within 100 feet of the main residence, the plat of land must be at least 2 acres, it can't be a short-term vacation rental and it must be zoned rural residential.

"The purpose is for wildfire protection," Rep. Zika said. "And so, you have set setbacks from resources, you have to have adequate access through wildfire mitigation and evacuation, defensible space, fuel breaks where necessary, and you want to make sure that it's protected by a fire district."

The bill has been in the works for at least the past three years, and both Zika and Deschutes County Commissioner Patty Adair said they have been asked by the public to look into rural ADUs.

"I've been working on it for three years," Adair said. "There was an enormous ask by the public in order to get this done, and does it not seem so timely, with our housing problems that are even bigger than they were three years ago."

Under the established criteria, up to 9,800 properties could be eligible to build ADUs in the rural county. The additional housing could be helpful, but isn't likely to substantially change the availability of housing in Oregon.

The bill received bipartisan support, but it was opposed by Central Oregon LandWatch, which was concerned about additional housing in high-risk fire zones, inadequate addressal of the housing crisis, increased strain on rural infrastructure, increased cost to surrounding cities and towns and the climate impacts of long-distance commutes.

"In Deschutes County alone, the bill allows for nearly 10,000 additional housing units in rural parts of the county, with no requirement they be affordable. This is the kind of shortsighted thinking that Oregon's land use system specifically protects us from," Ben Gordon, executive director at LandWatch, said in a press release. "We oppose this type of sprawling development and instead support solutions to the housing crisis that add true affordable housing to parts of our region that have the infrastructure to accommodate it."

Zika said that LandWatch has valid concerns, but that there won't be 10,000 ADUs built overnight. When ADUs were allowed in cities, only a small percentage of eligible properties took up the offer.

"I don't see this as being such a huge market that they're going to just be building 10,000 ADUs right away, I think we're all going to have time to adjust," he said.

Oregon's legislature passed bills to support tenants, homeowners and the unhoused in this last session


By the end of this year's session, the Oregon Legislative Assembly had allocated a combined $765 million to address different aspects of the housing crisis. Bills addressing affordable housing and permanent supportive housing, down payment assistance, homeless services and tenant support passed to increase the supply of affordable housing, support the houseless, prevent evictions and reduce disparities among communities of color.

"It was essential that the legislature came together in the final two weeks of the session to pass safe harbor legislation so that Oregonians waiting on rental assistance are protected from evictions," said Rep. Julie Fahey (D-OR 14), chair of the House Committee on Housing. "Evictions and foreclosures can have a generational devastating impact on families."

Tenants had the moratorium repayment period extended, including a 60-day safe harbor from evictions if the tenant proves they've applied for rental assistance. Over $12 million was allocated for rental assistance, often targeted toward vulnerable groups like domestic violence survivors, young people who have experienced homelessness and exiting foster care children.

Another $20 million was placed in a down payment assistance fund, with another $20 million going toward alternative, high-density construction models like co-ops. Money for home rehabilitation, foreclosure avoidance and outreach efforts was also granted.

The largest expenditures are toward the creation of housing supply. The Local Innovation Fast Track, promoting permanent supportive housing, will get $410 million following the 2021 session to construct new housing. Additionally, $100 million will go toward preserving existing affordable housing, $30 million toward land acquisition and $5 million will support affordable housing projects that had unexpected increases in cost.