Now's the time to weigh in on transportation priorities in Bend 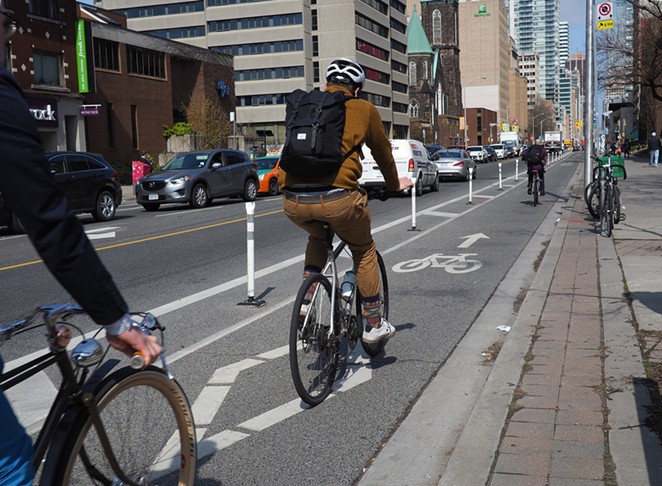 It "was just a tragic accident and not a criminal event."

Those are the words that often describe a driver killing a pedestrian or a bicyclist with their car. But it is wrong to think that holding drivers criminally responsible is the key to making our streets safer. What we badly need is safer infrastructure that can prevent many of these deaths—whether criminal or not.

The quote above was not District Attorney John Hummel's exact words when he announced on May 14, that no criminal charges would be filed against the FedEx truck driver that collided with and killed bicyclist Jonathan Chase Adams. But the sentiment was the same. The quote above is actually 10 years old and belongs to Mike Dugan, the previous district attorney of Deschutes County. Dugan was explaining why the driver who killed bicyclist Duane Noteboom would not be facing criminal charges.

When something happens with regularity, it becomes a foreseeable consequence. Since Noteboom lost his life in 2008, many more pedestrians and cyclists have been killed on Bend's streets in traffic collisions. In fact, taken together, the rate of pedestrian and cyclist fatalities in Bend is twice the state average. These deaths have become a foreseeable consequence of our daily driving habits, but they don't have to be.

Comments about traffic safety regularly decry how easy it is to get away with "the perfect crime:" a driver can run over and kill a pedestrian or cyclist and almost never face criminal charges. In the case of Adams' death, Hummel has charged the FedEx truck driver with Failure to Yield to Rider on Bicycle Lane (ORS 811.050). It is natural to wonder whether an ordinary traffic violation, even when it results in a person's death, is the appropriate response to these kinds of events. Are both district attorneys mistaken? Should operating a vehicle in a manner that kills other road users actually be a crime, if not of recklessness then at least of negligence? Were other non-felony charges such as vehicular assault (ORS 811.060) considered?

These are good questions. But if we want to prevent more deaths, then focusing too much on individual driver liability is a mistake. To be sure, many fatalities involve impairment or distracted driving, and every driver should be accountable for their actions. But the truth is that it is just too easy for drivers to make mistakes like these. Neither driver in these cases were found to be distracted or intoxicated, and both bicyclists were operating legally at the time of the collision.

If we consider the road environment in which these drivers operate, these collisions cannot be considered accidents. Rather, they are a foreseeable consequence of a transportation system that sets up its users to fail. "Accidents" in this environment happen all too easily, many of them attributable to lax and uneven enforcement, unsafe designs and unclear markings. The vast majority of drivers do not set out to kill or seriously injure anyone. They just want to get from one place to another. A safer system can reduce both the frequency of mistakes as well as the severity of their consequences.

To make the distinction between individual liability and the environment clearer, consider a painter who is dripping paint on the floor while painting a wall. If we want to prevent the drips, one approach is to critique the painter's brush stroke: don't dip so heavily in the paint, and so forth. That would help prevent drips. But it would be much more effective to lay down a drop cloth, and until we have that drop cloth, in place it doesn't make sense to focus on the painter's technique. Even the perfect brush stroke drips a few drops.

For pedestrians and cyclists (not to mention drivers and passengers—they are victims, too), Bend's roads are a lot like painting without a drop cloth: accidents are just too easy in this environment. Many people choose to drive because walking and bicycling does not feel safe in Bend. We can fix this by investing in a transportation system that is safer for all users.

Right now, until July 6, the City of Bend wants your input on transportation priorities. Take the survey at BendBikes.org/betterbiking.