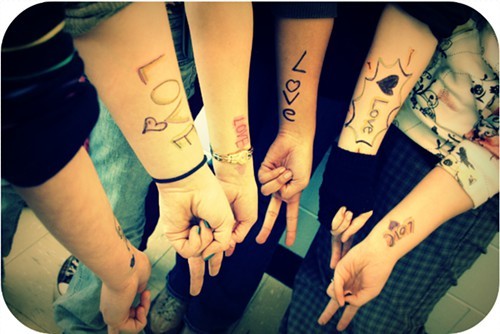 Our country was devastated by the 2012 Sandy Hook Shooting in Newtown, Conn., where 20 children and six adults were killed in a shooting spree. Schools all around the United States tightened security by installing metal detectors and bulletproof glass, and performing routine lockdown drills. However, regardless of the measures taken by our schools, within 14 months of the mass shooting, at least 44 school shootings occurred around the country. These shootings ranged from fatal to non-fatal assaults, suicides, and unintentional shootings that resulted in 28 deaths and 37 non-fatal gunshot injuries.

These numbers are incredibly alarming, and unfortunately, one of our very own Central Oregon students adds to the number of casualties brought by school-related violence. Having the ability to recognize the risk factors of violence and learning to prevent the horrid outcome is crucial to the safety and well being of our community.

Zachary Leyes, 17, was a student at Bend High School who recently took his own life during his American Sign Language class. There were countless news reports, Instagram posts, and Facebook statuses of community members reaching out to Bend High students as well as to his family. It was evident that all of Central Oregon was affected by Zach Leyes’ death. The fact that he had taken his own life was heartbreaking and his parents said in an interview with the Bend Bulletin “we hope that this horrible situation will raise awareness and prevent more teen suicides in the future.”

Teen suicide is a growing problem and according to the National Comorbidity Survey-Adolescent Supplement, about 11 percent of adolescents have a depressive disorder by the age of 18 which is the leading cause of disability among Americans age 15-44. Just one of the consequences of this disability is school shootings. One of the questions that everyone seems to ask is why; why would a student take their own life, or lives of others at school? A study done at Alfred University says that revenge is one of the main reasons for school shootings, whether they are taking their own lives or the lives of others, these are the top three reasons the study unveiled:

1. Other kids pick on them, make fun of them or bully them.
2. They want to get back at people who have hurt them.
3. They don't value life.

The top two reasons for shootings are a result of how we treat one another, which when you boil it down, can be avoided completely. In an interview with Cambria Hurd, a junior at Bend High School, I asked her several questions about the shooting and the effects it had on the environment and the students/staff. I also asked her if she had any advice for our community that could help prevent these incidents from happening again:

“If I could give any advice, it would be just to keep your eyes open. People are very good at hiding situations and problems in their life. It's sad because nobody knows how bad people are suffering until something drastic happens. So I would say, as a community we need to find a better way at noticing others’ suffering so they won't take drastic measures in taking their own lives.”

We also discussed how the environment around the school changed after that day. She responded, “The environment hasn't changed much, the first couple of days the vibe was way off and everyone was sad, but after awhile everyone started to get back in the groove of things.”

Although the atmosphere at Bend High was not too drastically affected, studies show that one of the main diagnoses that stand out in witnesses of a shooting is Post Traumatic Stress Syndrome. PTSD can take over someone’s life in a way incomprehensible to those who do not experience it. The mere sight or sound of anything that could remind them of the incident will strike a flashback that they are not able to control. The effects of PTSD are devastating and can contribute to depression, divorce, and unemployment. However, it is just one of the numerous consequences which come from a school shooting, and many of those consequences are life altering.

Hurd explained that in regards to the Bend High shooting, “The impact [the shooting] had on students was different for everyone. For the people that were in the room when it happened, some are still struggling with it today. Others that didn't witness it [seemed] to move past it a lot faster. But it still left a little dent in all of the other students.”

As a society in general we must put our foot down and stand up to bullying and become more aware of depression. Many people argue that strengthening gun laws will prevent mass shootings in the future, but there are many setbacks in the effort to do so. The only definite way to eliminate violence in schools is to improve the way we treat each other. Following the simple advice to treat others like we want to be treated could potentially save someone’s life. If we become more loving and caring toward one another, numerous aspects of our lives will improve outside of school shootings.

Hurd discussed some of the measures that Bend High is taking to prevent this from happening in the future, by explaining, “As a school we're more sympathetic towards one another and we just care about each other a lot more.” Whether it is a random act of kindness, flashing a smile at someone, or taking five minutes out of your day to talk to someone you don’t know, it is the little things we do that will make all the difference.

“Be kind, for everyone you meet is fighting a harder battle.” —Plato