Gung Ho for Quarter of a Century | The Source Weekly - Bend

Gung Ho for Quarter of a Century

Celebrate 25 years of the Source Weekly with us!

Time for a shameless plug, because there are plenty of reasons to celebrate 25 years of the Source Weekly! The Source celebrates 25 years of being independently owned, delivering authentic storytelling and talking about issues that matter to Central Oregonians. In the era of media conglomeration and online readership, remaining independent and continuing to print a real paper that you can hold in your hands is no small feat, if we don’t say so ourselves...

But thanks to the community, the Source Weekly is able to do its thing on a weekly basis. To show our gratitude we are having a 25-year bash to thank all of our readers in Central Oregon and beyond—so get ready to party alt-weekly style! 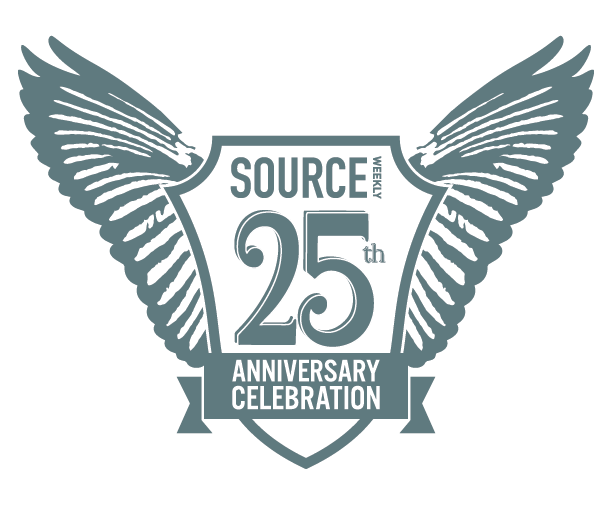 There will be music by local artists, beer from Redmond-based brewery Kobold, special gifts and lawn games. And just like our paper, it’s free!

On the music side of things there will be performances from Joel Chadd and Superball. Joel Chadd is a folk artist with a songwriting talent mature well beyond his years. He packs venues across Central Oregon and is a true hometown hero. Superball is Bend’s favorite bell bottom rock band playing everyone’s favorites from the ‘60s to the ‘80s. The group knows how to bring a party and will have everyone feeling like they’re 25 again!

The party will take place at the Deschutes Historical Museum, right behind the Source’s building. Small business owners from the Best of Central Oregon poll will be at the party promoting local vibes and meeting fans. Come see how the locals party and be a part of the community that makes Central Oregon such a great place to be. The first 100 attendees will receive a commemorative pint glass. Cheers to 25 more!