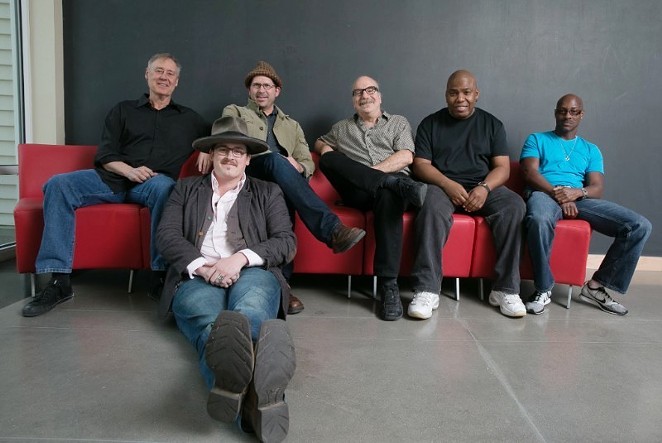 Bigstock Bend music festival announced their 2018 lineup Friday morning, with Bruce Hornsby & The Noisemakers on the top of the bill.

The pop pianist made waves with his 1986 hit, "The Way It Is," and won a Grammy for "Best New Artist" in 1987. As many talented musicians seem to do, Hornsby also left his mark on other prolific music acts, including a stretch as the second keyboardist for the Grateful Dead as well as recording an award-winning album with bluegrass artist Ricky Skaggs.

Bruce Hornsby & The Noisemakers, born circa 2000, evolved out of Hornsby's experimentation joining his piano with heavy, effects-driven strings. Over the years and many tours, he's meandered back down the path toward classical and his acoustic roots. The concert in Tumalo is sure to include an eclectic selection of his storied 30-plus-year career.


Portland's Mexican Gunfight will be returning to Bend to play the show, along with singer-songwriter Franchot Tone from Southern California and local support from the Sleepless Truckers.

Bigstock Bend, now in its ninth year, is the largest annual fundraiser for Oregon Adaptive Sports. The benefit concert has a new venue this year: a private ranch in Tumalo overlooking the Three Sisters Wilderness, called Coyote Ridge Ranch. In addition to live music, this year's event includes a silent auction with proceeds also benefitting OAS.