February 18, 2020
comment
All summer long, Primus will be touring the country while paying tribute to Rush and the Canadian band's 1977 album, "A Farewell to Kings."

This is turning out to be quite the significant tour. For one, Rush's "Hemispheres" tour was actually Primus bassist Les Claypool's first concert at the age of 14. And second, the tour comes following the death of Rush drummer Neil Peart in January. 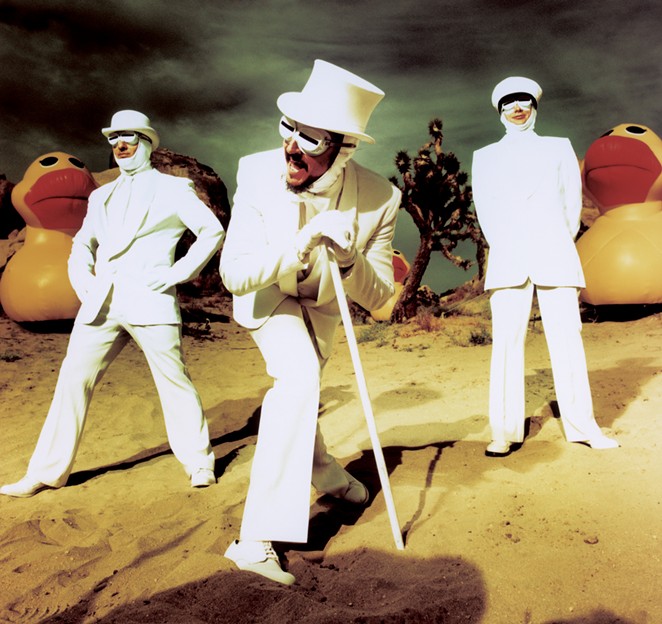 “We’re trying to be very sensitive about doing the tour and not having it be, ‘Hey, all about Neil,’ ” Claypool told Rolling Stone. “It’s about admiration for these amazing musicians and friends.”

Throughout the tour, Primus will play "A Farewell to Kings" all the way through each night before diving in to some Primus originals. This is an awesome gesture from one band to another—especially when considering Primus opened for rush on tour back in 1992, and the two sets of musicians have remained connected in some capacity over the years.

The Les Schwab Amphitheater announced the show today, though tickets for the show go on sale Friday, February 21, at 10 am.