Gung Ho For Shows: Robert Plant and The Sensational Spaceshifters

May 07, 2019
comment
If  Led Zeppelin came on the radio back in the day, my dad would make sure to let everyone in the car know that they were indeed "the greatest rock band of all time." Lucky for Central Oregonians, one of the pieces to the Zeppelin puzzle will be making his way to Bend.

His closing show? Right here at the Les Schwab Amphitheater in Bend on October 3. 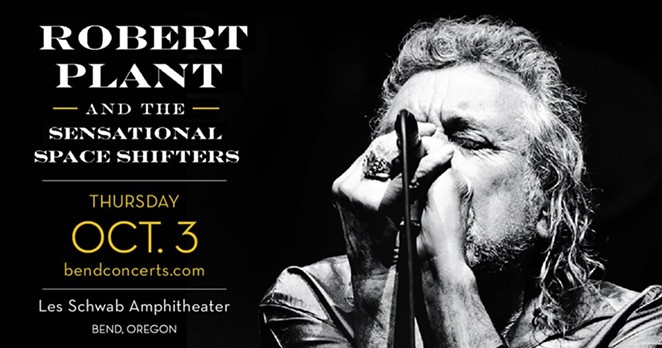 Known especially for his vocals and songwriting ability, this is a huge opportunity to catch a live show from one of the biggest players in the history of rock 'n' roll. Plant's latest solo album, "Carry Fire," was released in 2017. If you've listened to that, it's pretty easy to tell: Plant's still got it.

Being the final show of the tour, Central Oregon gets the privilege to truly help Plant go out with a bang.

Tickets for the tour go on local pre-sale Thurs., May 9, from 10am-10pm. You can find tickets for the Bend show right here. The password for the pre-sale is "local." There's a good chance these tickets could sell out fast – so make sure to be on your toes.