Gung Ho for Shows: The Roots Live in Bend

March 15, 2019
comment
Deep breaths. The legendary Roots crew is coming to Bend this summer. If you're not familiar with the band's legacy, you might recognize them from being the house band on The Tonight Show with Jimmy Fallon. 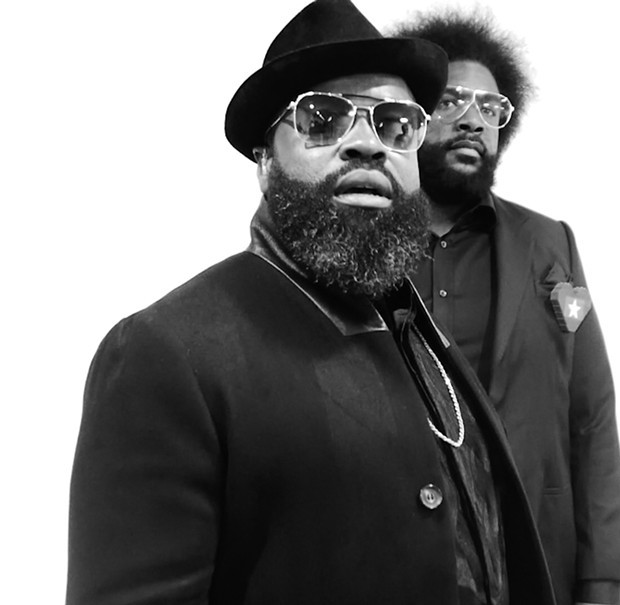 Founded at the Philadelphia High School For Creative and Performing Arts in 1987 by Ahmir "Questlove" Thompson and Tariq "Black Thought" Trotter, The Roots have gone on to win three Grammy Awards and are critically beloved for the musicality they brought to the hip-hop world.

Along with Blackthought and Questlove, the current lineup consists of Kamal Grey, Captain Kirk Douglas, Damon Bryson, Mark Kelley, James Poyser and Stro Elliot. All talented musicians, The Roots are known for putting on one of the best live shows in the country. They also just announced the lineup for this year's Roots Picnic festival that takes place in Philadelphia every year, which is stacked with big names.

Tickets go on sale Friday, March 15, at 10am. Don't miss out on the opportunity to see a one of a kind performance!