If legislative compromise fails, gun control will go to ballot

It could be a big year for gun-control advocates. As state legislators work on bills in Salem, gun control activists are gathering signatures and public comment on a number of initiatives that may end up on the November ballot.

State of Safety Action—an Oregon-based gun safety group—filed a petition in July to put a gun safety measure, on the November 2020 General Election ballot, called the Cindy Tuille and Steve Forsyth Act. But state legislators may pass a gun safety bill with the same requirements as early as this February. 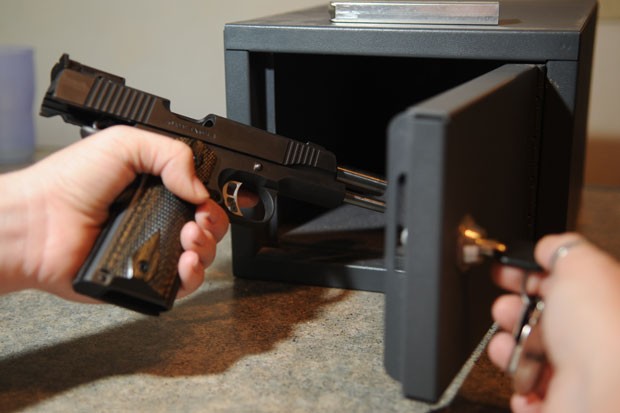 Last year, state legislators introduced two different bills that required gun owners in Oregon to lock their firearms when not in use. Gov. Kate Brown took those off the table to coax Republicans back to the floor when Democrats needed a quorum to pass the Student Success Act, a K-12 education funding bill.

Now, Oregon House Democrats have introduced HB 4005, another firearm storage mandate bill that could pass during the 2020 "short" legislative session in February. During a work session at a joint meeting of the Oregon House and Senate Judiciary Committees on Jan. 15, two of the bill's sponsors—state Reps. Rachel Prusak (D-West Linn) and Janeen Sollman (D-Hillsboro)—testified that this bill would keep guns out of the hands of children and teens and prevent suicide.

State of Safety Action President Henry Wessinger is optimistic that HB 4005 will pass, according to Oregon Public Broadcasting. But if it doesn't make it through, he said the ballot is ready to go. SSA conducted a statewide poll in 2018 and found that 65% of Oregon voters supported the measure, according to OregonLive.com. Wessinger told OregonLive that 75% of gun owners already use safe storage procedures.

Both the ballot measure and HB 4005 would require gun owners to secure their firearms in a container with a tamper-resistant lock. Gun owners would also be required to engage a trigger or cable lock on their firearm unless it is on their person. Firearm owners would also be required to report lost or stolen guns to the police within 24 hours if the ballot measure passes or 72 hours if HB 4005 passes. Neither version of the law would have an effect on what kinds of guns Oregonians can own or buy, nor does it permit local police to enter a person's home for an inspection. It is enforced by making gun owners liable if someone is injured by an unsecured weapon. 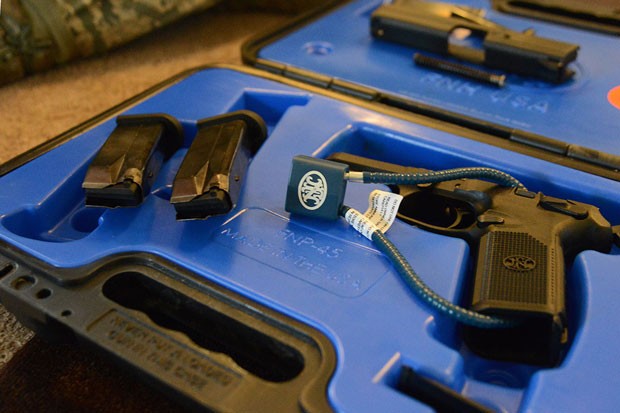 Both the National Rifle Association and the Oregon Firearms Federation oppose the bill and the ballot measure. The NRA-Institute for Legislative Action published a statement on its website on Jan. 15 arguing that it is not fair to punish gun owners who have had their property stolen by holding them liable for what happens later with the firearm. "In short, this measure invades people's homes and forces them to render their firearms useless in self-defense," the NRA-ILA wrote.

Massachusetts is the only state in the country that currently requires safe storage at all times with a lock in place. The Oregon ballot initiative would go one step further than that state by charging a $2,000 fine for each violation.

Reps. Prusak and Sollman said they are prioritizing their bill for the February legislative session because they believe it will not only reduce the risk of mass shootings, but also of firearm suicide. They cited 2016 data from the Centers for Disease Control demonstrating 81% of firearm deaths are suicides in Oregon while the national average is 66%.

Meanwhile, three other gun-control ballot initiatives (supported by Oregon faith leaders) are now up for public comment and may appear on the November ballot. The measures include ones that would ban the sale of semiautomatic weapons to those under 21 and require stricter background checks.