"Let me entertain you, Let me make you smile"

Editor's note: As of press time, "Gypsy" is still scheduled to continue its live performances. But in response to concerns around the spread of COVID-19, the producers are also working to offer live-streaming of the performance. Check the company's website at twotwistedsistersproductions.com for the latest. 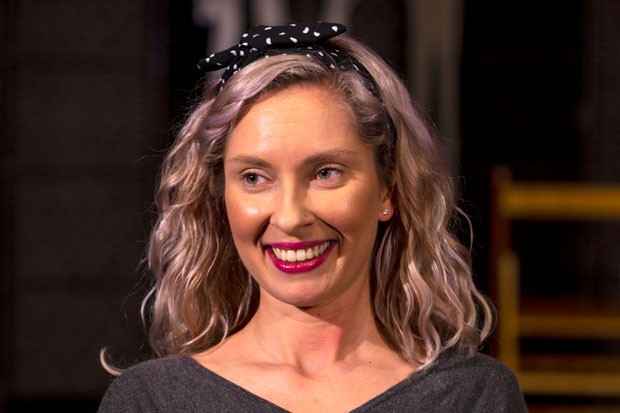 Director Mary Kilpatrick, who co-founded the Two Twisted Sisters production company last year with her husband, co-producer Howard Schor, calls this the one musical she's always longed to do. "To say 'Gypsy' is close to my heart is an understatement," she said of the play, which features memorable tunes including "Let Me Entertain You" and "Everything's Coming Up Roses."

"Gypsy" is the first play performed by the company, though Two Twisted Sisters has also brought storytelling events and a Bend independent film ("Stone in the Water") to the venue since founding the company last year. This one took some major rearranging, Kilpatrick says. "We've made it into an appropriate venue for gypsies on the road," she says. "You'll see the actors behind the scenes—they're part of the show. Kind of like we're traveling on a train."

With a cast ranging in age from 7 to 74, Kilpatrick feels the show is appropriate for young audiences as well as adults. "I've worked with kids my whole life," she says. "It's definitely a family show. It's old-fashioned vaudeville. I took out the few swear words. Vaudeville brought so much joy during the Great Depression. People could forget they were starving and poor."

The director has plenty to say about the talent of the show's extensive cast. "Anna (Anna Mahaffey as Louise) is off the charts, my Gypsy. She is unbelievable. And Trish Sewell is wonderful. I didn't know she was an actress, I've only known her as a musical director. She auditioned like all the other people for Mama Rose. She did not expect entitlement because she's a music director, she had to do what all the other people do—sing, dance and act—and she blew our minds. We just went, 'Oh my gosh, this is Rose.'"

She says the compassion in "Gypsy" is a big reason the play has always resonated with her. "I related to it, because of my own life and my own struggle in making it," she explains. "I think it has a big heart. And I love the fact that it's a true story." "In the '70s to '90s, living in Hell's Kitchen, New York, we were struggling, outcast artists," Kilpatrick recalls. "I have great respect for these ladies." The director will have a small role in the show, as stripper Tessie Tura. "An over-the-hill ballerina," she jokes. "Tessie has a number and the song, 'Gotta Have a Gimmick' in the second act." 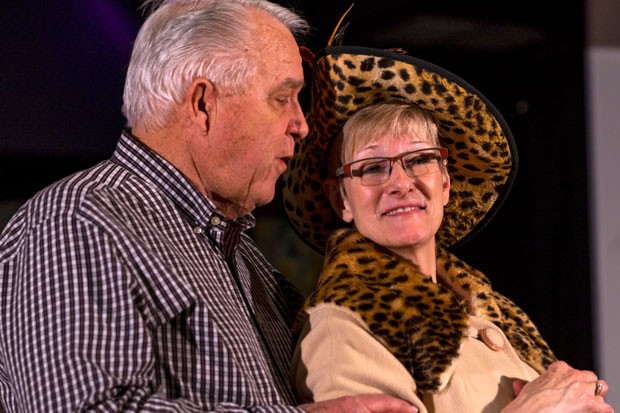 Among Broadway musicals, Kilpatrick says she feels many others are too complex. "The plots are edgy and wonderful, but there is something so true to the theatre in 'Gypsy.' There's something about those vaudeville actors that's so heart-felt. Mama Rose, the mother, has lot of deep sadness, because she wishes it was her."

Kilpatrick says she learned some details about Rose's life reading her autobiography ("Gypsy: A Memoir," 1957). "They'd take the kids away, they weren't in school, they were doing these shows all night and touring in the day on the trains. But she loved her daughters. She projected her dreams onto them, and she was obnoxious—she would pretty much do anything to get fame—but I feel she was painfully sad underneath. She's conflicted because she's so obsessed with making it."

When asked what she hopes audiences will take away from the show, Kilpatrick points to a broader theme. "You learn to fall on your face and get back up," she says. "The thing that scares you—like if you're afraid to look at somebody or hold a hand, anything—if you step into it, then you grow, as an actor or as a person. Once you make a fool of yourself time and time again, it gets less scary.

"I think also joy," she adds, "and maybe a little more knowledge about what vaudeville was, how those girls tried so hard to make it. It wasn't disgusting what they did, it was a way to make a living. They were creative. They were brave. And I hope people come away feeling proud, to be living here in Bend and what great talent there is here."