One of the most common complaints from appellants who object to new marijuana production facilities in the outlying areas of town is water usage. Everyone from laypeople armed with anecdotes, to attorneys presenting statistics regarding well depths, have confronted local government in righteous, "environmentally conscious" indignation over the amount of precious water consumed by the evil ganja grown in their midst. Marijuana and hemp industry supporters have defended against such attacks by insisting that it requires far less water than, say, alfalfa, corn or other crops. 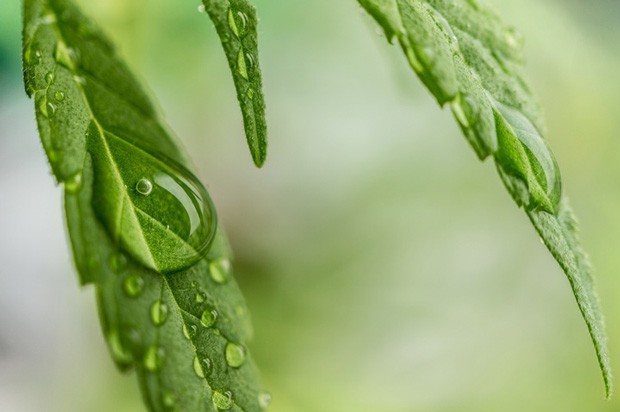 The truth is, accurate figures are hard to find, thanks largely to a century of prohibition that rendered any real studies of the agricultural commodity verboten. Finding reliable references to water-need comparisons between cannabis and other crops is not always easy, and frequently supported by little more than oral legend. Some local growers have indicated they use between 1,500 and 3,000 gallons of water per day during their grow season. Others use different watering methods, and insist they can use less, in addition to recycling water.

While appellants concerned about the deepening of wells in rural Central Oregon may have a point that water is becoming increasingly scarce (several wells in Alfalfa have had to be deepened over the past several years, coinciding with the onset of marijuana legalization), this is a classic case of correlation not equaling causation. A U.S. Geological Survey study found that water levels declined 14 feet from the mid-90s to the mid-2000s, years before recreational cannabis was legalized in Oregon.

It's also news to no one that Central Oregon (like much of the state) has been mired in a drought since 2000. Deschutes County's human population has more than doubled in the past 30 years, and much of that growth has spread to Alfalfa and other outlying areas.

The dearth of reliable statistics about cannabis water usage doesn't mean we have no data at all. According to a study examining cannabis and alfalfa farming in Northern California, the latter requires more than 5 acre-feet of water, the former just 1. In short? Alfalfa's crop namesake may be the biggest culprit in drying the wells.

Reliable statistics about cannabis water usage in Oregon will likely become more prevalent in the coming decades. Marijuana producers are required to estimate their future monthly water consumption when they submit an application to the Oregon Liquor Control Commission, and also provide a "will-serve" letter to Deschutes County from one of the local irrigation districts, or a water-hauling company. The county requires that these letters indicate an acknowledgment from the water source that the water is specifically for cannabis, something not required of alfalfa or lavender or wheat farmers.

This often created problems for marijuana entrepreneurs. Some irrigation districts had been reluctant to grant "will serve" letters that specify they are providing the water for the purposes of marijuana growth. The reason? The irrigation water is frequently sourced by federal agencies, including the U.S. Department of Energy, which operates the Bonneville Power Administration along the Columbia River.

In addition to estimating their water consumption, marijuana producers must provide a water-right certificate for the property on which they grow, or some other evidence that the water right is not needed (a requirement for all farms). Water rights are famously difficult to obtain, however, and new water rights are rarely issued and therefore must be acquired some other way. Some areas may qualify for exemptions, but cannabis (including hemp) crops are not eligible for water-right exemptions.

Perhaps the most telling statistic that should assuage the water-conscious anti-cannabis folks in this area is that marijuana farms are simply not big enough to put a dent in our wells. The maximum mature canopy allowed by the OLCC for a single applicant is about 40,000 square feet, or 1 acre. Most producers farm significantly less than 1 acre, particularly in Deschutes County. Statewide, the OLCC has only approved about 1,200 producer licenses. Compare that to almost 12,000 acres of alfalfa harvested in Deschutes County during the 2015-16 growing season, and the math reflects that alfalfa sucks up at least 10 times the water that marijuana does. So it begs the question: Are we making too much hay over a small issue?