How things got started for Vocab Slick

The Bay Area—around 30 minutes north of Oakland, Calif.—is where Vocab Slick calls home. This is the same place where he got his start as a rapper.

"When I heard the Black Sheep 'The Choice Is Yours' album, it changed my life," says Slick of his early beginnings dabbling with music. "I got that album, I listened to it. Memorized the whole album. Went to school the next day and I was a rapper." 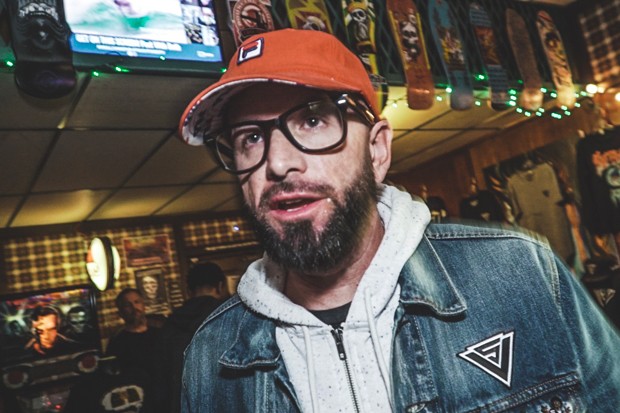 When Slick came home from school that following day, Souls of Mischief had just come out with its iconic album, "93 'til Infinity." While watching one of the group's music videos, Slick was inspired by the fact that they weren't doing typical gangster things, but rather they were seen rapping out in the forest. This showed Slick that he could rap and still do what he wanted to do.

At first Slick didn't have super serious aspirations about rapping as a career. That motivation didn't come until he fought through his battle of drug addiction.

"It came to a point where it was part of my programming. You know, I needed that to be sane," he says about his ties to rap. "It's a part of my life."

The name Vocab Slick is a pretty solid rap name—basically translated to "smooth rhymes." It can also be used as a nod to Slick's wordplay, but even that's not the whole story. "I used to have greasy hair, dude. Long hair that I would grease. We had the dollar stores with the big cups of gel," Slick tells me of his origin story. "I'd put hella gel in my hair and fools would call me slick." The vocab half of his name came after a show when a fan kept telling Slick how big of a vocabulary he had.

Slick's style has evolved from freestyling to now trying to write out whole songs at once, chipping away four bars at a time. The freestyling aspect is something Slick remembers fondly, but he recognizes that the industry has changed and has taken a step away from that. "I used to be a way better freestyler than a writer at first, but now I'm the other way around," Slick says about his evolution. "If you don't sharpen that sword it's not gonna stay sharp, you know?"

Having played at the Volcanic Theatre pub in early December, Slick was very curious about the weather in Bend right now. While he said the show was packed and that he had a blast, Slick strongly remembers the night being "cold as f*ck!"

Here's hoping we can help him heat up The Capitol on Jan. 22.