In the wee hours of the morning (6am Punxsutawney time or 3am Central Oregon time to be exact), the Punxsutawney Groundhog Club Inner Circle began the grand procession to Gobbler's Knob in Pennsylvania, kicking off the annual ceremony dedicated to the prediction of the beginning of Spring.

I know what you're thinking. Spring begins on the same day every year—March 20. However, if your main gripe with Groundhog Day is the loose definition of spring (predicting the average temperature will be higher than usual for the remaining six weeks of the season), then I don't know what to tell you. Maybe you should read the mythology surrounding the famous groundhog, which includes an elixir that has allowed him to live for 131 years and the origins of the event spawning from a holiday called "Candlemas Day."

If you're willing to suspend your belief to the point that a groundhog can speak to a man with a magical cane, then the idea that "spring" is designated by temperature shouldn't be too much of a stretch.

Or, I don't know, you aren't a kill joy that hates fun little traditions.

The large crowd pumped their fists and chanted Phil's name as the little guy "emerged" from his stump-shaped den. His handler Bill Deeley (also President of Phil's Inner Circle) listened attentively as Phil spoke in "groundhogese." Deeley then raised Phil to the sky and proclaimed that he had seen his shadow, predicting six more weeks of winter.

For Bendites, the news should be welcoming. Perhaps that means we will receive a little more powder for fun snow activities in the coming weeks.

If you want more of Phil, he has his own Instagram and Facebook page. However, if you're hoping to get the unfiltered thoughts of the famous groundhog, you may be disappointed. The "about" section of his Facebook profile states that it is Phil's Inner Circle running the page, as "Punxsutawney Phil does not speak."

If you missed it, you can catch a recording of the live stream of the 2018 ceremony here. 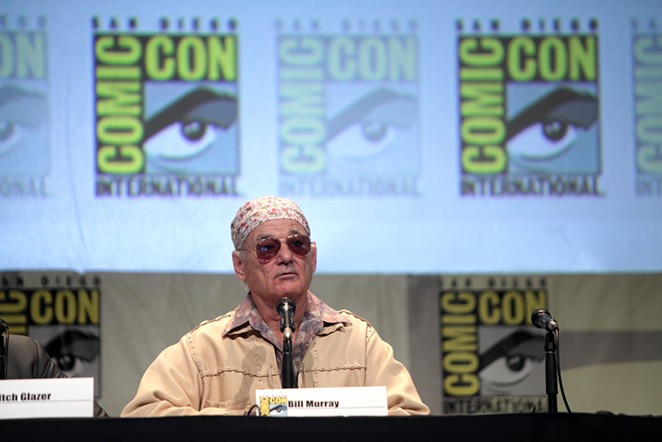