Ah, hard seltzer. In 2018, the Source Weekly went on a quest to find Zima, in an effort to bring back some of what was good in the '90s. In 2020, the Source pegged hard seltzer as the biggest emerging trend—one that would one day, soon, fall to the annals of pop-culture history.

But now, in 2021, another year into this hard-ly drinking trend and some hard-seltzer makers have dropped the idea, leaving it to the likes of Bud Light and White Claw. Others, meanwhile, are pivoting to new varieties. 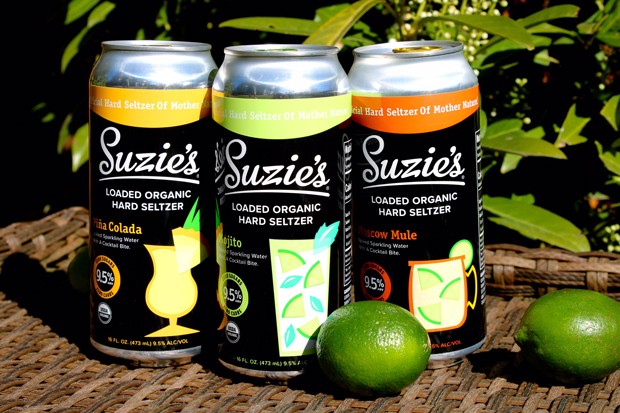 With that, we've devised this roundup of what's out there for local hard seltzers... if you're into that kind of thing.

10 Barrel Brewing Co.'s Clean Line Hard Seltzer — Actual marketing copy: "Clean Line was inspired by that feeling of blasting through waist deep powder, dropping into a glassy wave, or being the first one on the trail after a summer rain." Drop in on this one in flavors that include Blackberry Cucumber, Cherry Lime, Huckleberry and Mango.

Deschutes Brewery is currently offering a Crimson Berry Tea Seltzer on tap at the downtown Bend pub. It's a 5%-ABV seltzer made with Rooibos tea, cranberry, elderberries, hibiscus and rosehips, and it's caffeine free. Deschutes' Modified Theory, another seltzer offering that debuted last year, is no longer in production.

Three Creeks is offering its Sisters Hard Seltzer, including its Blackberry Lime and Mango flavors. It's been available both on tap at the pub in Sisters as well as in cans—find the cans at Winco, Safeway and other local retailers.

Suzie's Organic Hard Seltzer was launched in 2020 and is made in Pendleton. Flavors for this organic version of hard seltzer include Citrus Flip, Kiwi Mango, Peachy, Very Berry and Naked—a flavor-free option. As Suzie's puts it, "Drink it as is or add your own kiss of originality."

Also out in 2021 from Suzie's is its Loaded Organic Hard Seltzer, a zero-sugar, zero-carb version in flavors that include Mojito, Piña Colada and Moscow Mule.