Hated in the Nation

The many sides of Tonya Harding 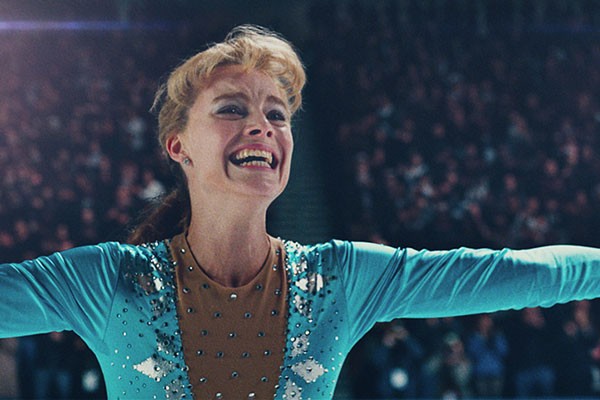 In the United States. we love our heroes almost as much as we love to watch them fall from grace. As a country, we exist in this feedback loop—a perpetual state of "What have you done for me lately," expecting our celebrities to entertain us while also giving us plenty of fuel with which to judge them. Tonya Harding (now married, with the surname Price) did both, managing to be a champion worthy of admiration at the same time as she was a pre-TMZ slow-motion car accident crumpling into a fiery ball for our amusement.

I was 14 when Tonya Harding and Nancy Kerrigan dominated the news. Back then it sure didn't seem like the country was disappointed to lose a role model, but instead excited to have someone new to throw the rotten vegetables at as they're yanked off the stage.

"I, Tonya" takes a woman who's become a punchline over the years and turns her into a human being. My biggest issue with last year's big film, "The Disaster Artist," was that it seemed to take joy in tearing down its subject, Tommy Wiseau. By contrast, "I, Tonya" seeks to create some empathy and understanding. Harding doesn't come across as blameless, but neither is she the monster of her own story.

As a film it's constructed beautifully, with Margot Robbie, Allison Janney and Sebastian Stan giving nuanced performances that never feel like "Saturday Night Live" sketches of real human beings. Director Craig Gillespie has obviously learned a ton from Martin Scorsese, the camera hungrily prowling between his actors, searching for moments of levity between the heartbreak and failure.

Steven Rogers' script takes a moment here and there to languish in Harding's white trash upbringing, though not to set her up as a punchline, but instead to shed light on how much of an underdog she always was in a sport that wanted princesses, not rednecks. That's the center of the feedback loop right there: as long as Harding was a champion, we would cheer her and show up in the thousands to watch her skate, but we'll also trip over each other to be the first to spit in her face once the flaws start showing.

What "I, Tonya" does even more beautifully than telling Harding's story: shining a light on the ugliest aspects of human nature. In that same NYT article, Harding talks about how she had rats thrown into her mailbox and poop left on her doorstep after the incident. Does that mean that we are so obsessed with celebrities that we'll put our own feces on their doorsteps when they disappoint us, or does it mean that we always have a rat ready for someone's mailbox, and we're just waiting for the moment to slip it in, guilt-free?

You're right, Tonya. Oregon was buttheads. You made more than a few poor choices, but you were also the best in the world at what you did, for one brief, shining moment. Now we all know which lasts longer.