Having Each Other's Backs

First meeting about two years ago while both teaching at a school in Portland, Jeffrey Silverstein and Alex Crowson quickly bonded through music and their appreciation for early punk and pop tunes.

Now their friendship has grown beyond that and they've each put out their first solo projects– which they realized were only released a day apart. This pair of friends is gearing up to play the final Big Lawn Music show at The Suttle Lodge together Friday. Ahead of the show, I spoke with them about their respective projects.

"How On Earth" – Jeffrey Silverstein

"There's something powerful about having your name behind something," Silverstein tells me about making his first solo effort, while on a group call with him and Crowson. Admittedly, Silverstein still gets nervous performing solo, but he's balanced that creative freedom of being the lone operator of his musical direction, appreciating the assistance from Crowson along the way. "Other than my wife, I think you were the only person I showed the music to," laughs Silverstein as he speaks to Crowson.

Silverstein's EP is a collection of folky, ambient songs that float along like a light summer breeze—so much so that the EP might even convince listeners that they're actually outside. "Even though his songs are so ambient, he's still able to follow classic song structure," says Crowson of Silverstein's music. "Sometimes he'll sing the same line over and over throughout the song, so you get to know the true meaning behind it. It becomes sort of a mantra."

"Take This With You" – Alex Crowson

Sometimes life's rough patches inspire the best art. "It was about three years of battling mental illness," recalls Crowson. His mother had passed away due to cancer during that time. Over that span the singer/songwriter says he had most of the project's songs already completely written. It wasn't until Crowson met Silverstein that he began to share music and start performing again. "Alex will have like 10 straight lines in a song that are just pure poetry," gushes Silverstein. 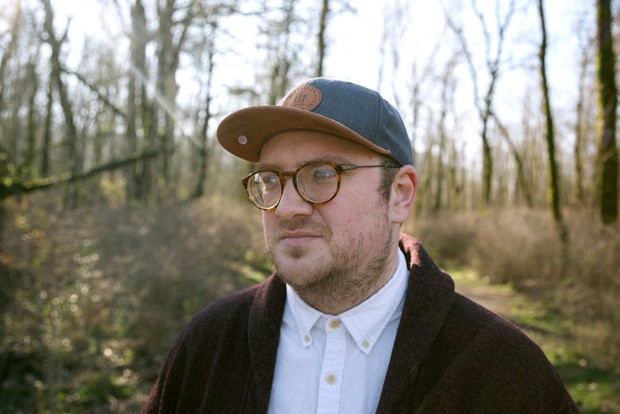 And he isn't wrong. "Take This With You" is about as raw as a collection of songs can be. Crowson sings about the heaviest details weighing on his life in such a vivid manner; the EP plays out like a set of five book chapters. You can feel the heartbreak and hear the burning question of "why?" as Crowson's curiosity about life's ups and downs is on full display. "Jeff has much more experience in all this," says Crowson. "It was great to have him around through the process."

While the two weren't direct collaborators for their projects, there's a clear camaraderie and trust of having one another in their corners—and an excitement of getting to play together in Central Oregon.

"Like most moments in life, it's always better sharing them with the people you love," says Silverstein.