Health Care For All?

Sen. Bernie Sanders, D-Vt., Medicare for All Act is now backed by 16 Democratic senators, and co-sponsored by Sen. Jeff Merkley, D-Ore. With it, talks of universal health care are making headlines again, and actually gaining steam.

"We've made tremendous strides in expanding access to health care across our nation, but many Americans still are rightfully frustrated by the cost and complexity of our current system," says Merkley. "It's time to simplify health care and lower patients' costs, and embrace Medicare for All."

Imagine this dream. Your husband suffers a sudden heart attack, or a traumatic injury, or is diagnosed with cancer and you don't have to worry about the hundreds of thousands of dollars to treat him. Instead, you spend your days ensuring his recovery.

Or how about delivering your baby without worrying that a few extra days in the hospital may yield tens of thousands in charges? Or that a mental breakdown is avoided because your teenage son is able to see a free counselor—or that glaucoma is caught early and your mother's eyesight is saved?

ccording to the Organization for Economic Cooperation and Development, in every highly-developed nation—except the United States—this isn't a dream. It's reality, and it's called Single Payer Health Care.

It isn't free; it comes out of your taxes—just like the roads your drive on, the potholes you swerve to miss and oh, yeah, that defense budget (now at $611 billion). According to the Congressional Budget Office, approximately $980 billion—50 percent of U.S. health care—is already funded through taxes; the other 50 percent through business and household pockets.

As recently as the last election, single payer was a fringe concept. "There's a whole bunch of skirmishes going on right now," says Dave Stranahan, "and I think we're getting ready for the great big battle." Stranahan is the local representative for Healthcare for All Oregon, a nonprofit dedicated to single payer for Oregon. The group's leaders are hopeful that either through legislation or a ballot measure, the movement will gain steam and become reality as soon as 2020. 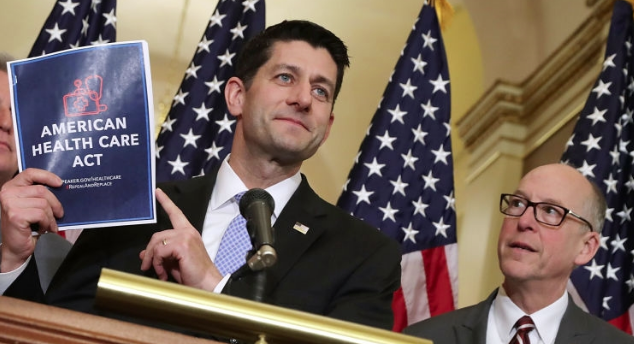 "Greg Walden did us a big favor by betraying us on the attempt to repeal and replace the Affordable Care Act. People are starting to take notice of our fragmented system and where they were hopeless before, they're becoming hopeful there's change on the horizon." tweet this

"Greg Walden did us a big favor by betraying us on the attempt to repeal and replace the Affordable Care Act," he says. "People are starting to take notice of our fragmented system and where they were hopeless before, they're becoming hopeful there's change on the horizon."

Stranahan points to the Oregon legislators who have been championing the cause, including, Sen. Michael Dembrow, D-Portland, who he says has been trying to pass legislation "since 2011." Others include Rep. Jennifer Williamson, D-Portland, and Rep. Mitch Greenlick, D-Portland.

"Interestingly the federal guys, Sen. Wyden and Sen. Merkley have only come around and gotten onboard recently," says Stranahan. As for our local legislators—Rep. Greg Walden, R-Hood River, and state Rep. Knute Buehler, R-Bend? "Oh, they've been stonewalling me either quietly or not-so-politely for over two years," laughs Stranahan. "We need to concentrate on spreading the word east and northeast."

"I tend to be pretty fiscally responsible with thinking about spending public funds, which is why a universal coverage or single payer system for funding health care is so intriguing," says Bend City Councilor, Dr. Nathan Boddie, who just announced his run for state House District 54 (Buehler's current seat). Boddie says Oregon generally does better than other states with providing health care.

"The Affordable Care Act was a step in the right direction and expanded coverage to hundreds of thousands more patients in this congressional district alone and more than 20 million Americans nationwide — but it was never meant to be the complete solution," he says. "We know our current model is clunky and leaves plenty of people with less coverage than they need while others are paying far more out of pocket costs or insurance premiums than is sustainable."

State or Federal? Which way forward?

ealth care should be a right for every single American, not a privilege reserved for the healthy and the wealthy," said Merkley when the bill was announced Sept. 13. "Right now, our health care system is incredibly complex, fragmented, and stressful. It would be terrific to have a simple, seamless system where, solely by virtue of living in America, you know that you will get the care you need."

Though the bill has little chance of being passed in the Republican-controlled Senate, Sanders is gaining the support of many Democratic frontrunners for the 2020 election — in hopes it will pass then. The act would expand Medicare for four years and provide healthcare to every man, woman and child in the United States.

"All over this country, I have heard from Americans who have shared heartbreaking stories about our dysfunctional system, wrote Sanders in an op-ed in The New York Times. "Doctors have told me about patients who died because they put off their medical visits until it was too late. These were people who had no insurance or could not afford out-of-pocket costs imposed by their insurance plans."

"The bill would revolutionize our health care system by taking out the insurance marketplace and replacing it with a public system paid by higher taxes," said Nancy Joseph, a local nurse practitioner. "Everything from emergency procedures to birth services to mental health would be covered, with no co-payments."

According to Sanders, employers would no longer have to be on the hook for paying high insurance premiums — expected to rise nearly 11 percent in 2018. Medicaid would be accepted state-to-state and private insurers would remain in the system if customers opted to pay for elective treatments such as plastic surgery.

"Employee-based health insurance is becoming less and less sustainable," says Stranahan, who saw it first hand while he was negotiating health care as an employee for the Redmond School District. "Taking the burden off businesses small and large would mean they would do so much better, even from an economic standpoint. Whether you think it's as pragmatic as a business-like perspective or a basic human rights perspective, it's all the same solution."

"There is no disagreement that making health care more accessible to more Oregonians is the right policy," wrote Buehler in an op-ed in The Oregonian Jun. 20. "Our disagreements are over the details of funding, management and accountability." Buehler, now in the running for Gov. Kate Brown's seat, has not stated an official position on the federal bill.

Health insurance policies in Oregon are slated to rise by an average of 9.2 percent in 2018, according to Oregon's Department of Consumer and Business Services. In Deschutes County, rate hikes will vary from a high of nearly 11 percent for Providence Health Plan to nearly 3 percent for PacificSource. On average, a 30-year-old female will pay approximately $415 per month for coverage—$4,800 a year with 30 percent copays under a Providence plan. 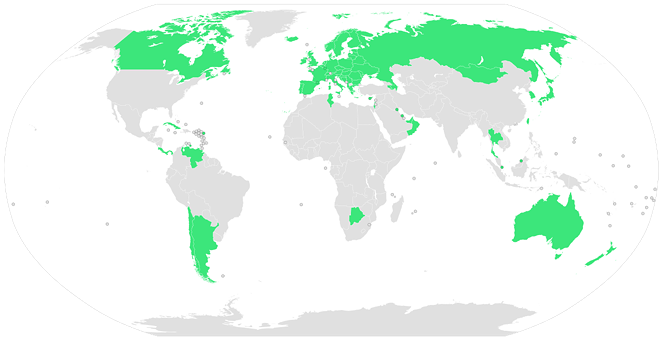 till, rate hikes are significantly lower than they have been in years past, with an average hike of 27 percent in 2017 and 23 percent in 2016, after the advent of the Affordable Care Act, which has had its fair share of hiccups, including insurance providers exiting marketplaces in some counties.

A recent forum at the Unitarian Universalist Fellowship in Bend saw a healthy turnout as local residents discussed the path to achieving single payer health coverage in Oregon. "A few years ago, we needed permission to talk about single payer," says Stranahan, "but people are ready now. So it comes down to us, volunteers, on how to handle that much energy and channeling it into a useful way."

There's a whole bunch of skirmishes going on right now and I think we're getting ready for the great big battle. — Dave Stranahan tweet this

Asked if he sees the adoption of single-payer mimicking the adoption of marriage equality, Stranahan agrees. "I often make that parallel. Thinking how 10 years ago it was on the fringes and then all of a sudden it reached a tipping point and became the norm and adopted federally. I could see that happening."

And to naysayers concerned about costs, Stranahan points to the 2016 RAND report, stating single payer would likely cost the same amount as the current system — but covering everyone, regardless of income and without premiums or copays.

"I'd like to get across the idea that yes, single payer is so expensive, but clearly the information shows we can afford it because we are already paying it. It will cover everyone with better outcomes."

Boddie adds, "Since the 1960s we've built our health care in the U.S. on a commercial or fee-for-service model. Many knew that wouldn't work...the problem is, unwinding such a big part of our economy and moving to better models is complex and takes time."

"Health Insurance 101," a free one-hour workshop on understanding health insurance, will take place at the Bend Library at 7:30pm on Wednesday, Oct. 25. More info at https://hcao.org/