Here are the Entities Helping Buy The Bulletin

EO Media Group—which owns numerous Oregon newspapers, including the East Oregonian, the Chinook Observer and others—won an auction to purchase both The Bulletin and the Redmond Spokesman for a purchase price of $3.65 million, beating out Adams Publishing Group, whose representatives also bid on the papers Monday. Another initial bidder, Rhode Island Suburban Newspapers, Inc., did not have representatives at Monday’s auction in Portland. 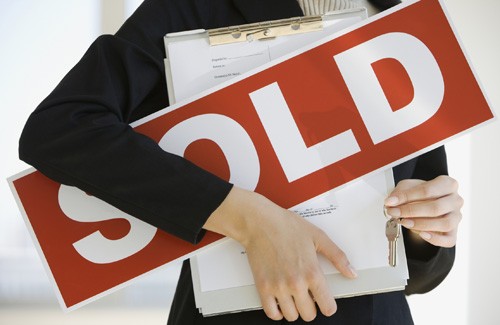 EO Media Group’s Chief Operating Officer Heidi Wright told the Source Weekly Tuesday that six entities had added funds that helped them achieve the winning bid. Wright said two parties are “investors” in the newspapers, while the others have offered loans. The Source confirmed Tuesday that the Central Oregonians contributing financial support include William Smith, Amy Tykeson, the Tykeson Family Foundation, Louis Capozzi, Jay Bowerman and the Bend Foundation, run by chairmain of the board of Brooks Resources Corporation, Mike Hollern. At least one other local financial backer may still emerge.

In an email Tuesday, Tykeson confirmed she and Tykeson Family Foundation each committed to “6 figure loans for the purchase of The Bulletin.”

“For me, that was a confidence builder in doing this,” Jay Bowerman said of EO Media’s assertion that they’d disclose the supporters’ financial involvements. click to tweet
Bowerman—a retired biological researcher and the son of Nike co-founder Bill Bowerman—told the Source that his loan toward the sale amounted to $250,000.
EO Media’s Wright said none of the entities contributing funds would have influence over editorial coverage, and that newsroom staff at both papers would be instructed to disclose the financial backing of any of those financiers in any stories that mention them.

“For me, that was a confidence builder in doing this,” Bowerman said of EO Media’s assertion that they’d disclose the supporters’ financial involvements. “The other investors—there’s at least one or two that have reputations in decision-making in the area.” Smith, for example, is also a co-owner of Mirror Pond Solutions, which owns the land under Bend’s Mirror Pond—a water feature that’s the subject of much controversy regarding whether to dredge it using public funds. Hollern’s company is also a major developer in Central Oregon.

“Bend is good because Bend has good local news coverage." - Bill Smith click to tweet
Wright said the terms of their agreement with financial backers stipulate that any entity contributing over $400,000 would qualify to sit on the leadership board overseeing the papers—though Wright said no one has yet reached that $400,000 threshold. Wright said she will serve as Chief Operating Officer of the Central Oregon Media Group, an entity EO Media will form to manage the publications. Wright declined to state whether they’d make any changes in its editorial leadership at the newspapers at the outset of the company’s ownership.
By and large, the financial backers said they took action to help purchase the newspapers in the interest of supporting local journalism.

“Bend is good because Bend has good local news coverage,” said Smith—whose company, William Smith Properties, developed the Old Mill District and other properties. “We wouldn’t have had that with Adams or Rhode Island.”
Tykeson stated via email, “While the newspaper business has undergone cataclysmic changes in recent years, the need for unbiased local journalism has never been greater.”

The sale of the two newspapers does not include Western Communications’ current headquarters on Chandler Avenue in Bend, but does include its printing press, according to EO Media's Chinook Observer. The sale of the papers to EO Media will be final in August, Wright said.