In honor of the Fall Style issue, the Source Weekly takes a look at the fall slate for pop culture

I'm shocked that summer is almost over since it feels like I just started complaining about being ready for summer to be over. I thought I had months of freestyle whining left. Oh well, now I can enjoy the weather for a couple of months before I have to start complaining about winter and looking forward to summer again. Yes, my brain is exhausting. I'm excited for a lot of what's coming this fall, both in theaters and streaming, and here are a few of the ones I'm definitely checking out.

"Tár:" Todd Field's first film since 2006's "Little Children." This looks like a psychological mind game featuring Cate Blanchett, winner of the Best Actress award at this year's Venice Film Festival. This should be an unforgettable character piece that starts the race into awards season. In theaters Oct. 7.

This will be the best Marvel movie of the year and a heartbreaker when we see how director Ryan Coogler handles the untimely passing of Chadwick Boseman. This is also the final film of Phase Four of the MCU, so hopefully we'll start seeing some direction for where everything is going, instead of the constant introduction of new characters we've mostly seen since "Endgame." In theaters Nov. 11.

I discovered the entire first season of "Abbott Elementary" on Hulu after it finished airing and immediately fell in love with creator/star Quinta Brunson's unswerving optimism and hope for the public school system. This sitcom is a love letter to teachers and a slyly stinging indictment of a society that has never given them their due. The perfect show to watch while waiting for the next season of "Ted Lasso." Starts Sept. 21 on ABC.

Park Chan-wook is in the upper echelon of currently working directors and it's always an event when a new film from his singular eye is released. The South Korean auteur, responsible for classics like "Oldboy," "The Handmaiden" and "Snowpiercer," dives into the realm of romantic mystery as he follows a detective falling in love with a beautiful murder suspect. Way too excited for this one. In theaters Oct. 11. 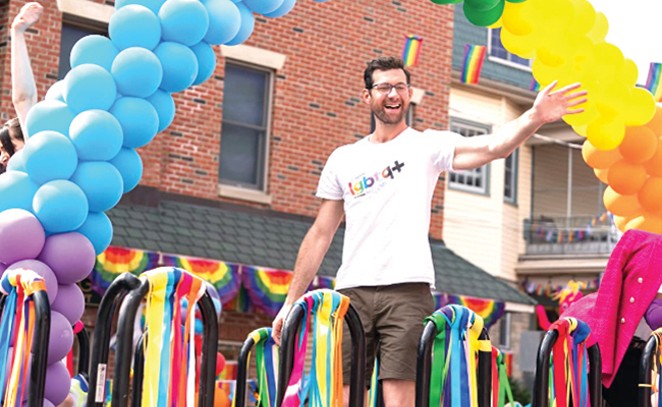 It's time for there to finally be a big-budget, studio-produced, gay romantic comedy, and Billy Eichner is definitely the man to lead it. The trailer is hilarious and charming and the recent Variety review called it "Revolutionary," so here's hoping we finally start allowing queer voices in our multiplexes. In theaters Sept. 30.

Steven Spielberg is making an auto-biographical film for the first time and, based on the newly released trailer, it's going to be a tearjerker. Also, according to Wikipedia, David Lynch is going to play legendary filmmaker John Ford, which is the best casting I've seen in my life. This is gonna win all the awards. In theaters Nov. 23.

"The Banshees of Inisherin"

My most anticipated release of the year is the new film from writer/director and playwright Martin McDonagh, the twisted mind behind "In Bruges" and "Three Billboards Outside Ebbing, Missouri." It follows Brendan Gleeson as he tells his lifelong best friend Colin Farrell that he doesn't want to be friends anymore. That's all I know and all I want to know. In theaters Oct. 21

I grew up on the original Ron Howard movie, "Willow" from 1988 and the fact that Disney+ is doing a sequel series following the continuing adventures of Willow Ufgood, the wizard played by the excellent Warwick Davis. I know there are plenty of fantasy shows streaming right now, but I have a feeling that this one will reach the child me. Or it'll ruin my childhood. Either way. Premieres Nov. 30 on Disney+.

A Netflix original comedy series set at the last Blockbuster in the world (sound familiar?) and focused on the employees and their day-to-day work lives. Starring the always hilarious Randall Park and Melissa Fumero, I'm not sure if they're setting the show in Bend, but it'll be interesting to find out. Premieres Nov. 3 on Netflix.