Michael B. Jordan launched a new franchise and we're there for it

I know we all know this by now, but Michael B. Jordan is easily in the top two or three most charismatic actors of his generation. Ever since his unforgettable turn as Wallace in "The Wire," Jordan has slowly and systematically built one of the smartest and most durable careers in Hollywood.

As well-balanced as his career has been so far, Jordan is kind of in franchise-building mode right now. Projects include the "Creed" series (the upcoming third of which will mark his directorial debut), his much-rumored return to Marvel's "Black Panther" franchise and now "Without Remorse," an action vehicle that is easily positioning Jordan to have his own "John Wick"-esque revenge series. 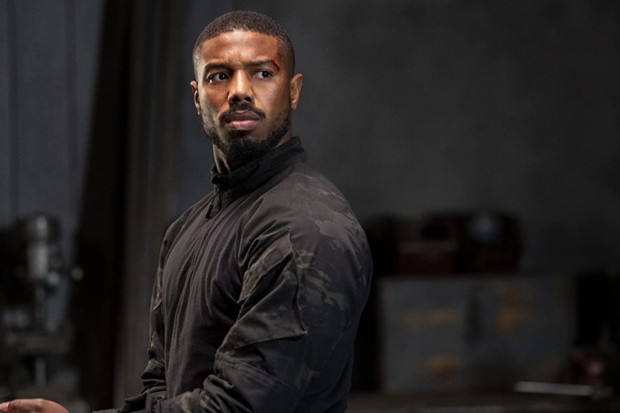 Based on the character created by military fiction mastermind Tom Clancy, "Without Remorse" is technically a spinoff of the Jack Ryan film series. The character played by Jordan, John Kelly, was played by Willem Dafoe in "Clear and Present Danger" and Liev Schrieber in "The Sum of All Fears." Oh, and he's also a character in the "Rainbow Six" series of video games.

John Kelly is a man who's lost everything. When his wife and unborn child are killed in a home invasion by Russian nationals, Kelly goes on a suicidal revenge mission that could literally start WWIII. There's a mystery to the center of the film that's super predicable and some of the dialogue sinks like a box of rocks, but if you're after Michael B. Jordan killing tons of nameless Russians and looking like a badass doing it, then you've found the right place.

Honestly, the movie is so fast-paced and entertaining that I was willing to forgive it almost anything—but man, the ending so blatantly sets up a franchise that it's kind of insulting. What's sad is that ultimately, "Without Remorse" has enough pretty fantastic action set-pieces that even though the film is openly and obviously manipulating me into watching more John Kelly movies, I'm there for it. When Amazon Prime eventually plops out three more films in the series (I imagine them being called "A Little Remorse," "Even More Remorseful" and "No More Remorse: The Remorsening"), I will probably watch them all "opening night."

But that's all built on the strength of Michael B. Jordan as a performer. He's so compelling that I'm wondering if the character of John Kelly could even stage a franchise without him. He imbues even the most throwaway lines with a sense of gravity and depth and could easily build a career the size of Tom Cruise or Keanu Reeves, but with more range and fewer limitations.

So...yeah? This is a movie that exists. If you wanna watch some great shootouts and explosions and a straight-up movie star performance from Michael B. Jordan, then look no further. The plot is ridiculous and with a few bonkers twists, but it's ultimately predictable as hell. If you need something with a little more depth, maybe check out "The Hunt For Red October" or "Patriot Games." That's some Top Tier Tom right there.