The Tower Theatre is set to host two nights of classical music, performing the works of Bach, Shostakovich, Kabalevsky and more 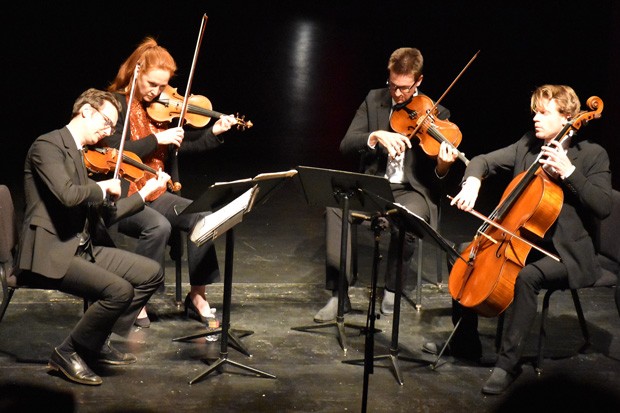 Listen to the Music is part of the Tower Theatre's All for One, One for All summer series, a program aiming to get local artists and musicians performing in front of the community under safe guidelines. As a hub for arts in downtown Bend, the Tower has succeeded in helping people reconnect—bringing entertainment back to the community over the last couple months.

"High Desert Chamber Music is thrilled to be returning to the Tower Theatre stage. We will be featuring members of our training programs, the Spotlight Chamber Players and bringing special alum back," said HDCM Executive Director Singer.

The Spotlight Chamber Players program selects students in grades 6-12 and offers them instruction, training and access to trained professionals in chamber music at no cost to the students. This program helps shape young musicians interested in pursuing the arts, and expands their knowledge around music theory and their playing skills.

"This is a wonderful opportunity to experience the next generation of performing artists live, and witness the success and strength of this program."

While students in the Spotlight program are from the area, harpist Danielle Summerville will make her debut, now as a local, after recently moving to Bend. Summerville started playing music at age six, and picked up the harp at age 20. Since then she's played in the band for solo artist Mimi Zulu, opening for acts such as Macy Gray, Quantic and more. Attendees will really be in for a treat once they see Summerville's talents on stage.

For pianist Paula Dreyer, these shows are even bigger than the everyday performance, since this weekend she's also celebrating the release of her solo debut piano album, "Central Star." The album comes following a Kickstarter campaign that reached its initial goal in just two weeks. Dreyer's first single for the album, "Sounds of Stars," was released at the end of April. It's an elegant piece of music that actually sounds like a pair of stars dancing in the night sky. I'm sure the rest of the album will follow in that same spirit.