People frequently ask me about investing in cannabis stock. My response is on par with asking a dog their take on the intricacies of German biodynamic farming: near zero comprehension, evidenced by a tilting of the head and possibly licking the face of the person asking the question. (This ensures I am only ever asked such advice once.)

This isn't to say I don't understand how stocks work, but it also isn't to say that I have a full and complete grasp of turbulent cannabis stock markets either. If I did, do you think I would continue to toil away, cranking out this column? Investing requires allocating a portion of income that, if lost, won't negatively impact the investor. Few in the independent newspaper industry meet that criteria. 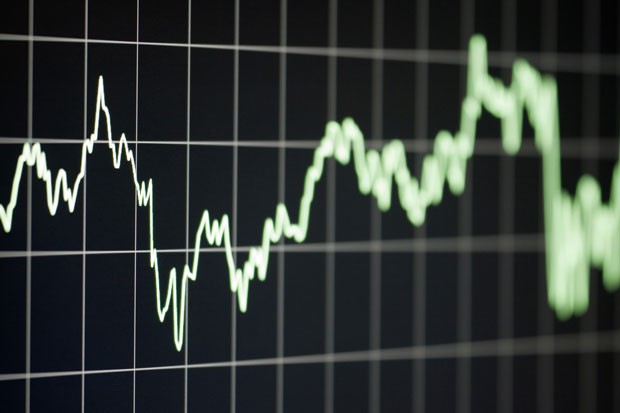 But for those of you who have made better career choices and do have greater resources, it can certainly seem that investing and growing your money with the people growing weed is all the rage. This theory is supported by the vast number of not-at-all-maddening online ads that pop up screaming "Investing in this cannabis stock is like buying Amazon at $1.80 per share!" Great, because my investment fund this month is exactly $1.80, once I return these cans!

The Cannabis market is growing—fast: Per Investopedia, "Global spending on legal cannabis is expected to grow 230 percent to $32 billion in 2020 as compared to $9.5 (billion) in 2017, according to Arcview Market Research and BDS Analytics. The research projects a majority of that, nearly $23.4 billion will come from the United States." They add, "As of June 29, 2018 the United States Marijuana Index, despite a lot of uncertainty around regulations, has over the past 1 year gained 71.49 percent, as compared to about 12 percent gain seen by the S&P 500."

But cannabis is still illegal: Although 10 states and the District of Columbia have recreational cannabis programs, and 33 states have medical cannabis programs, the feds haven't de/rescheduled cannabis. As far as they're concerned, it's still the devil's lettuce—meaning that cannabis grown in one state must remain in that state, full service banking for the industry is still virtually unobtainable and rules and regulations add both hassle and tremendous costs to producers. No other commodity listed on the stock exchanges has those burdens.

Cannabis Companies are now U.S. traded: This year saw the New York Stock Exchange and NASDAQ both listing cannabis stocks for the first time. Numerous cannabis "penny stocks" are traded on Over The Counter (OTC) markets. OTC stocks have disclosures and filing requirements that are far less stringent than other markets. That isn't an indictment of their legitimacy, but without more detailed investor information and disclosure of stocks found on other exchanges, the risks are higher.

Cannabis stocks aren't just for growers: There are three main types of cannabis stocks: companies which grow cannabis, biotechs developing cannabis-derived drugs and ancillary services and products such as growing and product management systems. If the idea of investing in the businesses growing cannabis sounds too risky, consider companies which are hands-off the growing itself.

Be careful: Ontario-based cannabis-producing company Aphria is a powerhouse—third in size based on production, and fourth-largest in terms of market value. It was a recommended "buy" until recently, when a short sellers report by Quintessential Capital Management and Hindenburg Research sent the stock plunging 25 percent in one day on accusations of recently acquired assets being controlled by "insiders" and "largely worthless." Do your homework before investing in anything.