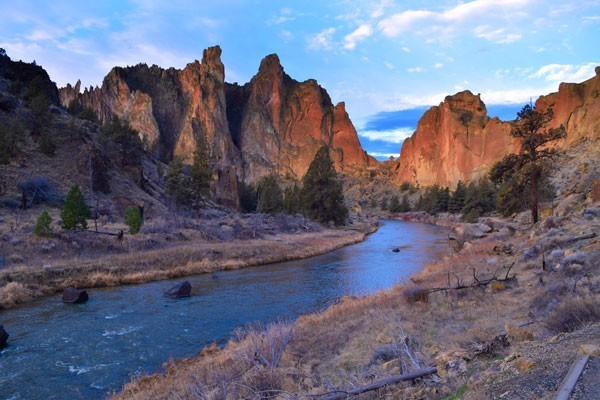 man ventured off a hiking trail in the early evening hours at Smith Rock State Park yesterday where he then fell 250 feet to his death, according to the Deschutes County Sheriff's Office. Sebastian Baker, 23, from Vancouver, Wa. appeared to be hiking alone on the Misery Ridge Trail near the area of Picnic Lunch Wall Peak before leaving the path and falling to the base of the wall, detectives said. Witnesses reported the fall to the Deschutes County 9-1-1 at approximately 7pm.


“The case of the fall appears accidental, although it remains under investigation,” wrote Sgt Kent Vander Kamp in a press release. “DCSO Detectives are seeking any additional witnesses that may have seen the incident at Smith Rock State Park or Mr. Baker prior to the incident. Please contact DCSO Detective Patterson at 541-693-6911 with any additional information.


The accident comes at the tail end of yet another busy season at the State Park. As we reported last year, The Oregon Parks and Recreation Department is mitigating a steep influx of visitors in recent years and conducted a three month survey in 2016 asking visitors of their experience. Of the people surveyed, 83 percent of Smith Rock visitors felt the park was crowded to some degree, which suggests "that crowding in the day and overnight-use areas are at 'greatly overcapacity' ...and it is generally necessary to manage for high-density recreation."