Zion I delves into Patreon 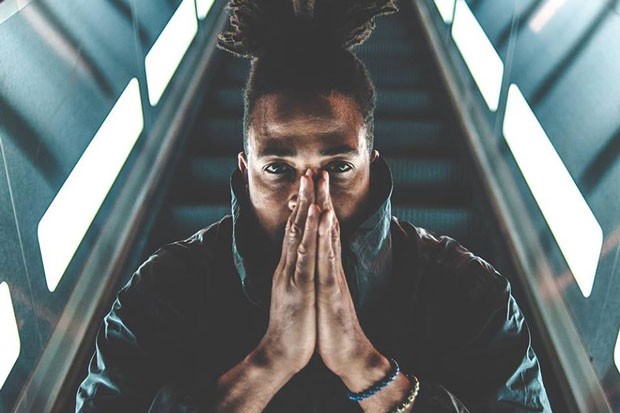 When Baba Zumbi, the primary member in hip-hop crew Zion I, started out in the late '90s, the music industry was a very different place. When he wanted to release an album, Zumbi would tell his distributors and they'd provide an advance that would help him record. In the age of streaming and digital downloads, that method of distribution and the "advance" has gone the way of the physical CD. Working-class musicians like Zumbi have had to restructure how they record and release music.

In 2016, Zumbi attended the wake of his friend's father and ran into an MC he used to rap with, who told him about Patreon, the subscription-based method of releasing content, founded in 2013. Zumbi says he was interested but didn't take it too seriously. After releasing his next album, "The Labyrinth," using crowd-funding site IndieGoGo, Zumbi looked more seriously at Patreon.

"With Patreon, I can tap into all the people who really rock with me and my music really resonates with them and they feel a deeper connection," Zumbi says. "We can support one another. I can make music more freely and I think it'll make the process more open and make me closer with the people who support me."

With the platform, musicians, podcasters and filmmakers earn monthly recurring revenue from their audiences, without depending on ads or sales. Think Kickstarter on a recurring basis. Patreon allows fans to choose how much they pay each month, getting added benefits like exclusive content, merchandise and in some cases, the ability to connect with musicians like Zumbi one-on-one.

One of Zumbi's packages includes a monthly phone call with the man himself. He recently connected with a fan who has been supporting him and following him on Instagram for years. He didn't know what to expect from the first phone call, but admits he could totally see he and this fan becoming friends.

"I sat and talked with him for 45 minutes to an hour," Zumbi says. "He told me about how his dad passed and how he was going to Japan to spread his ashes. When he went to see this temple, my song 'Silly Puddy' started playing. The effect the music has and to actually build connections with people who have these experiences, it feels really good. I lost my father, too, and I just thought, this is really what the music is about, it's about connecting with human beings. Bringing people together, the music is a link in the chain for that. For me to have that conversation, it was a great sign for me to know the impact my music is having."

"It was so weird to be on the phone with a stranger and be moved to tears," Zumbi says.

Zumbi has been releasing music as part of the Zion I crew for 20 years. For him, the Patreon model helps him cope with his self-consciousness. Sometimes he records songs that no one ever hears. Connecting with fans on Patreon, Zumbi looks forward to being more vulnerable by showing the people invested in his music what he's working on. He plans to post songs he's working on in hopes of getting feedback from his fans on the site. Sometimes he records songs outside of the hip-hop vein, such as alternative rock-style demos with acoustic guitar.

"I want to uncover these things and see what people think and get an impulse on, 'Should I create this or should I leave it alone?' I want my fans to be involved in my process — this is my think tank and when we agree that it's cool, then I'll let it out for the rest of the world to hear."