In mid-May, the Source (virtually) sat down with Christopher Nichols, director of the Center for the Humanities at Oregon State University, to discuss the implications of Phase One reopening from a historical perspective. Nichols had been intensively studying the similarities between the devastating 1918 flu and the recent novel coronavirus outbreak. We checked back in with him to discuss the current state of things.

"One of the lessons we can take away from the Spanish influenza of 1918 and '19 is the need for a slow, phased reopening led by data and disease," Nichols explained. "Not one led by market-based logic or sentiment; simply wishing that things would go back to normal. There really is no such thing as 'business as usual.' Things are eerily similar between the states that reopened prematurely and the areas that reopened during the Spanish flu when people started getting restless. In 1918, lobbyist groups worked hard to get exemptions from closure orders, they pushed hard for reopening. The groups were made up of clergy people, saloon owners, theater owners and department store owners." 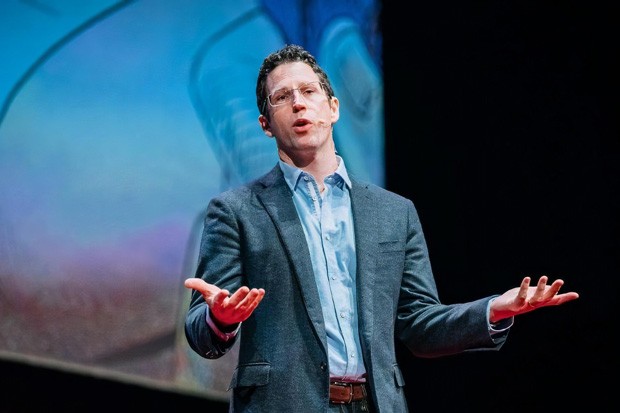 He explained that while there was a similar outcry in some areas of Central Oregon when lockdown began, he believed the state was quick to adapt overall. "There weren't any concerted lobbyist movements," he said. "People want to reopen, of course, but I think they've been recognizing the impact that doing so could have. Instead of lobbying, local businesses have been adapting. What I'm seeing in Oregon specifically is an adaptation to the current circumstances, as opposed to lobbying."

Nichols noted that Central Oregonians seemed to be doing especially well in areas other than business adaptation. "Reducing gatherings has been a really good move," he said. "As far as the protests in Portland, I'm slightly shocked that we haven't seen large uptakes. This can be attributed to the measures protesters took to prevent the spread. The church groups and schools in eastern Oregon that did experience outbreaks gathered inside without masks. The early ordinances put in place by Gov. Brown fit well with what we learned from lessons past. The school closures were especially useful when they came."

However, he suggested along the same vein that schooling-related issues were undeniably weighing heavy on society as a whole.

“One thing that remains terrifying is that we haven’t gotten to the coldest part of the year. This is what keeps me up at night.”—Christopher Nichols tweet this

"It remains to be seen what will happen with the influx of students come fall. It does seem like students are coming back to town from all different places, making them vectors of disease. I wonder how much longer we can continue this back-and-forth regarding schooling. This is a big part of what's breaking our society, and it's a real travesty of leadership. Had we prioritized how to get our schools open, I can't imagine that we wouldn't have come up with some better solutions. If things stay plateaued in September, it's a good sign. If cases jump in early September it will be pretty worrisome."

He concluded that while Oregon's unique geography may have given us a timely advantage, the looming fall and winter seasons should be taken into careful consideration. "As a smaller state with so much accessible outdoor space, we have a fairly unique ability to do inexpensive things that can be easily socially distanced. In states with a higher population density, big urban areas, it's a lot harder to do that and risk-taking is more of an issue. In Deschutes County we haven't really experienced a major outbreak, but more a more episodic reporting of data. There have been fairly few infected because even in the city streets people are able to stay apart. But—and this is the big but—having less access to the things we do outside... this is something to think about. One thing that remains terrifying is that we haven't gotten to the coldest part of the year. This is what keeps me up at night. It will be cold and people will be staying inside, which as we know, poses a higher risk of infection. A second wave in the fall and winter would mean a mass reinfection, one that would likely start on the east coast and travel this way. The first wave of the 1918 Pandemic came during the spring, and the second wave, which was far more deadly, came in October and November. It could mean that the worst is yet to come. This is what history suggests."