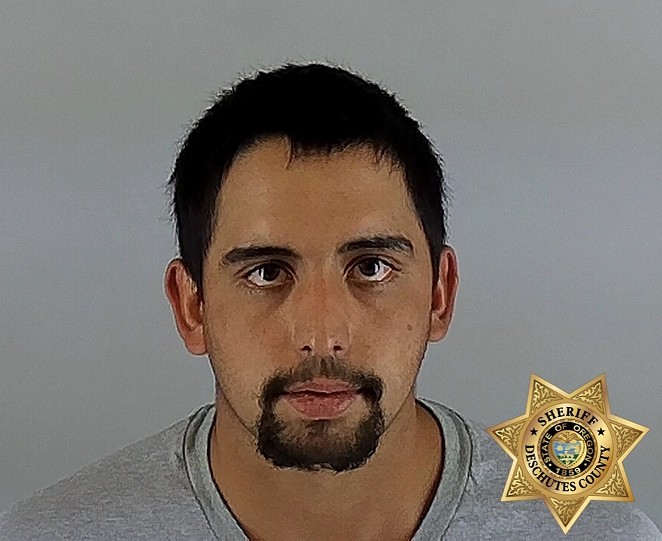 Cops say on June 23 at around 10:30 am, Roy Holtvedt, 61, was seriously hurt when a pickup truck hit him while riding his bike near Skyline Ranch Road and Macalpine Road on the west side of Bend. On June 25, 21-year-old Travis J. Roberts turned himself in to the Deschutes County Sheriff Office in Bend. Officers arrested him and lodged him in the Descutes County Jail.

Roberts was charged with Assault III, failing to perform the duties of a driver to injured persons—a felony—and reckless driving.

Officers found Roberts' 1997 Toyota Tacoma and seized it as evidence, the DCSO said in a press release. Holtvedt's condition was not updated by press time.