The rolling hills of Deschutes County are peppered with tidy ranch-style homes. Many of them feature small barns and fenced, postage-stamp yards that hold an assortment of alpacas, chickens or pigs. These hobby farms, which afford a rural lifestyle but not a primary source of income, often explain the appeal of living outside of city limits in Deschutes County. 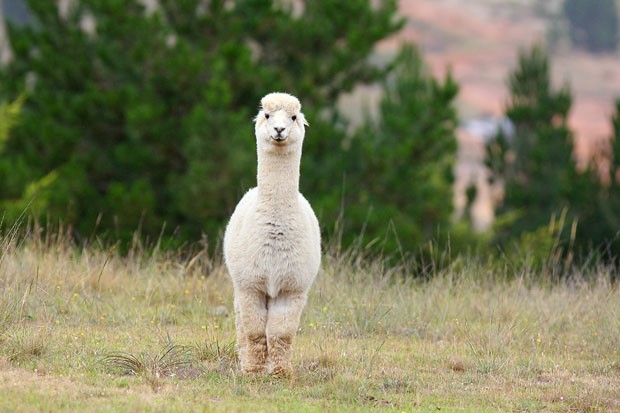 But a whistleblower's claim that hobby farm residents are illegally receiving significant tax breaks reserved for commercial farmers starts to cast this pastoral landscape in a cynical light.

At a Deschutes County board of commissioners meeting on March 20, Tumalo resident and hemp farmer Yon Olsen made the case that many rural Deschutes County residents are committing "massive mortgage fraud" while simultaneously depriving the county of millions in deferred tax dollars. Olsen contends that individuals with residential mortgages are illegally benefiting from the statewide farm deferral program meant to help out farmers. Olsen, along with restaurant owner Ed Barbeau, asserted that not only is Deschutes County being taken advantage of, but mortgage investors are being defrauded, as well.

"Paul Manafort is going to jail for exactly the same crime," Olsen recently said of president Trump's former lawyer, who's been charged with at least eight felonies stemming from tax and bank fraud. Olsen, who spoke as he toured his industrial hemp farm east of Bend, previously owned a mortgage brokerage called Accelerated Capital, Inc., before working as a loan officer at Bank of America. Olsen, who has lived in Central Oregon for more than 20 years, got into industrial hemp farming in 2014.

The pair's implications are sweeping: In exploiting a program meant to give farmers a leg up, many Deschutes County residents are violating the terms of their mortgages. If the mortgage owners called the notes on those mortgages, the ripple through the local economy could be seismic.

But does this scary talk add up?

A review of county and mortgage title data revealed that an estimated 1,000 Deschutes County residents are either in violation of the terms of their residential mortgages because they're commercially farming—or they're in keeping with their residential mortgages, but telling the state they're commercially farming so they can receive property tax deferrals.

Qualifying for a Farm Deferral

According to the Oregon Department of Revenue's assessment of farmland in an exclusive farm-use zone, the standard for qualifying for the deferral—which can save thousands of dollars each year—is engaging in commercial farming, which it defines as "the current employment of land for the primary purpose of obtaining a profit in money," by raising crops, livestock and so on. Hobby farms, which may produce an income but aren't the individual's primary income, do not qualify for tax deferrals, according to the Oregon law, ORS 308A.056.*

Chad Wandler, director of public relations for the Federal Home Loan Mortgage Corporation, known as Freddie Mac, said agencies like Freddie Mac—which exclusively buy residential, non-commercial mortgages—wouldn't investigate this issue, because they don't interact with the borrowers who are telling states they're commercially farming to get property taxes deferred.

Wandler didn't calculate how many residential mortgages Freddie Mac backs in Deschutes County. But Freddie Mac, along with Federal National Mortgage Association (Fannie Mae), back about half of U.S. mortgages, according to The Wall Street Journal.

The terms of conforming residential mortgages do allow farming, Wandler said, but the activity cannot rise beyond that of a hobby farm. That might entail a chicken coop or a berry patch that accounts for some annual roadside sales, but the driver of these activities is pleasure, moreso than paying off the mortgage.

Exclusive Farm Use Areas are rural parcels that typically occupy 10 to 15 acres and reside outside of incorporated city limits. Despite the confusing name, the county has assessed them as suitable for farming, but farming is not necessarily required. If a landowner takes out a residential mortgage, which by their nature prohibit commercial activities like farming, farming is out of the question. Those wanting to start a commercial farm would need a commercial mortgage.

Hobby farming's modest income flow is insufficient for a property owner to qualify for Oregon's deferral program, which began in 1961 and offers sizable tax deferrals to incentivize farming rural land, according to the Oregon Department of Revenue. Hoover, however, said there's some wiggle room. He made a distinction between an intention to make a profit from farming and actually making a profit from farming. He interprets the language in ORS 308A.056, which defines farm use as "the current employment of land for the primary purpose of obtaining a profit in money," as allowing a mere intention to make a profit as good enough for deferral.

"Each case likely would need to be looked at individually," Hoover wrote in an email. "I wouldn’t be comfortable making a blanket statement that any hobby farm wouldn’t qualify for a deferral."

So how much money has Deschutes County deferred through the state's farm deferral program? Scot Langton, the Deschutes County assessor, doesn't have an answer. He says it's difficult to determine because in Deschutes County, each parcel under farm deferral has five different value types. Its lowest value gets taxed, Langton said. To even figure out a ballpark figure of the amount of money being deferred in Deschutes County, one has to administer these appraisals, parcel by parcel, of which there are thousands. The calculation is so labor-intensive the county charges $75 for each estimate.

"There are a lot of moving parts as to what piece goes to where to figure out the assessed value," Langton said.

To ensure that EFU parcels enrolled in the deferral program are actually practicing farming or forestry in some capacity, Deschutes County audits one-fifth of parcels by sending farm income questionnaires and administering site inspections each year, Langton said. Also, if a property changes hands, the county sends an audit letter to make sure the new owner knows that the parcel, which may be registered in the farm deferral program, is tax-deferred — not tax-exempt. The owner may owe back taxes if they're not keeping the parcel in that use. But beyond that, there is no greater mechanism in place to ensure that farm deferrals aren't being exploited, Langton said.

Hoover, the public information officer at the Oregon Department of Revenue, said the agency scrutinizes the Summary of Assessment and Levy data that counties submit annually. It also reviews their Sales Ratio Study for valuation issues.

"If we do find something, we bring it to the attention of the county assessor and refresh them on statutory requirements," Hoover wrote in an email. "We work with the assessor to develop a remediation plan to make sure the deficiency is corrected. We do have supervisory authority and could issue an order to correct the problem if necessary. We'll also look into a situation if someone brings it to our attention."

Hoover did not recall a recent instance of a county consistently not complying.

Matt Cyrus, a livestock and industrial hemp farmer, is also president of the Deschutes County Farm Bureau. Cyrus acknowledges the problem with deferrals, but he doesn't think a correction should be heavy-handed.

"My feeling is you give people the benefit of the doubt. They were simply unaware of the rules," Cyrus said. "They aren't intentionally trying to defraud the system. I think it's more a matter of educating the populous that they can't do both, as opposed to a massive effort to defraud the system."

Since 2015, Langton, the county assessor, says he's talked with Olsen numerous times about farm deferrals. Langton doesn't agree with Olsen's assertion that Deschutes County is being deprived of millions in deferred taxes, but he has two pieces of takeaway from conversations he's had with Olsen. The first is: "What, if any role should the government play in auditing and enforcing a private contract?" And second: Is there a desire to review and modify Oregon farm use statutes as they apply to deferrals? Citizens who think so should contact their legislators, Langton said.

Still, Olsen maintains that by not fully investigating whether landowners qualify for a deferral—whether by using mortgage title information, or through other means—Deschutes County is losing out on serious revenue, and allowing landowners to defraud the system.

"If you lie on mortgage applications about the intended use of those funds, you're going to jail, you stole money from somebody," Olsen said. "I don't care if it's some guy from San Diego who thinks he's smarter than everybody else, buying 10 acres in Tumalo, gets the residential mortgage, signs the paperwork, and kicks back for 10 years and laughs at us. What the f*** is that?"

*Editor's note: This version has been updated from the print version to clarify the position of Rich Hoover from the Oregon Department of Revenue. In the original version, we stated that Hoover believed hobby farms do not qualify for a deferral across the board. In this updated version, in the section starting with "Qualifying for a Farm Deferral," we've attributed information about deferral programs as they pertain to Oregon law, and added an additional quote from Hoover, gleaned after initial publication, stating that each case "would need to be looked at individually."