Call me old-fashioned, but I find humility attractive, and I'm disturbed by the lack of it in a guy I've been dating. He seems to need to keep telling me how desirable he is, like by mentioning he dated some Instagram model and saying, "I'm used to being the smartest guy in the room," when he initially lied about going to a top-tier university and had actually failed out of community college. I find his lack of humility to be a big turnoff, but my friends keep telling me not to be stupid: He's a sweet, considerate good guy, who seems to love me. 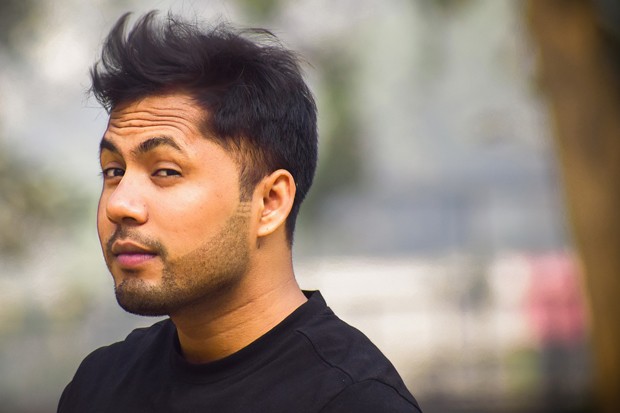 The guy probably figures there's a reasonable explanation for why you're with him, like still-lingering impairment from a concussion you got walking into a pole while texting or a rogue amoeba screwing with your brain function.

Though you're getting icked out by what you see as a lack of humility—a guy preoccupied with his own greatness and shoving it at you—consider the sorts of things that require his type of hard sell: for example, cricketburger sliders—as opposed to the bacon cheeseburger variety.

You might also consider that the way most people see humility—as not being a showoff, downplaying and even denying one's talents and accomplishments—seems to be off-base. Though humility has become a hot topic of study, an evidence-based definition of humility remained elusive. Researchers have merely described the ways humble people tend to think and behave. For example, according to clinical psychologist June Tangney, humble people have an accurate view of themselves ("not an underassessment," but a realistic one). They're willing to acknowledge mistakes, gaps in their knowledge, and their limitations. And they're open to "new ideas, to contradictory information, and also to advice."

Social psychologist Mark Leary observes that this description of humble people "is probably correct on average." But it falls short of identifying the "fundamental nature of humility." Hoping to drill down to a definition, Leary and his grad student, Chloe C. Banker, ran two studies. Their findings support his hypothesis on how humility should be defined: "Humility is characterized by the belief that, no matter how great one's accomplishments or positive characteristics," they don't entitle one to special treatment.

Say there's a famous actor with more Oscars than he has cousins. If humility is one of his character traits, he won't see his acting accomplishments as a reason he should be treated specially "overall, as a person," Leary explains. "Overall, as a person" means that, outside the acting domain, he doesn't feel entitled to be treated differently—better than other people—unlike the sort of pompous power lord who demands a seat on an overbooked plane with "Do you know who I am?!" Answer: "Yes, sir. You're a tiny little man with an ego bloated like a dead body that's been floating in the East River for days."

This brief tour of the research on humility should tell you that the problem with your man probably isn't a lack of it. Chances are insecurity is the actual issue: his feeling not enough for you or, more problematically, being not enough for you. If it's the latter—if you're actually much higher in "mate value"—the problem may not be fixable.

There's a term, "positive assortative mating," describing similar individuals being drawn to each other. Say a woman's what we call a "10"—gorgeous and also kind, intelligent, and charismatic (basically, a major catch). The 10 and a man who's a 9.5 (or even an 8) have a chance of making it as partners, but a 10 and a 6 likely have poor prospects. Ultimately, when the shine wears off the relationship, the partner with much higher mate value will start to see the other like a couch that looks shabby in the afternoon sunlight.

But say you're a 9 and the guy simply feels like a 5—but is really an, oh, 8.7, or even a 9.5. If that's the case, you can help him bridge the gap between who he is and how he feels. Research on the "dependency paradox" by psychologist Brooke C. Feeney suggests that in a relationship, when the more emotionally secure partner shows their insecure partner a lot of affection—like through frequent texts, touch, and conversation—it allows the insecure partner to relax and stop clinging.

Feeney's research is about loving dependence leading to independence, meaning it doesn't directly apply to your situation, the constant Cirque du So Look At Me Now! Chances are you'll eventually have to (gently) tell the guy there's no need for this, lest he keep working overtime to dazzle you out of noticing that the pet name that suits him best is probably "sinkhole."