Home Away From Home

Opening a brand-new restaurant is no small task; opening a brand-new restaurant the day before statewide pandemic-fueled closures is a challenge no one was prepared for. David Fenech, co-owner of Vine-N-Tap on the outskirts of downtown Redmond, had already compiled a team of compassionate and skilled professionals with the combined potential to pull through any unexpected adversity. Fenech's sister bought the building, and after completing thorough renovations (including re-landscaping), the family-owned and operated restaurant opened its doors. 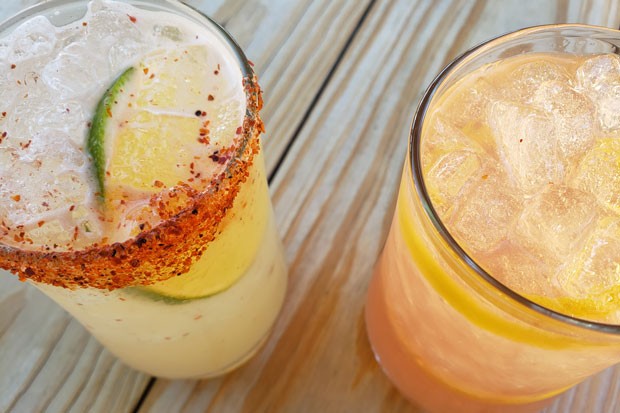 Then, they closed again.

Today, Vine-N-Tap is now back open for takeout and dine-in.

Bar Manager Shawn Smith and his girlfriend, Head Chef Jennifer West, have not only produced complimentary and sophisticated drink and food menus (laid-back fine dining that chef Jenny deemed "Redmond casual"), but they work in harmony to create a homey, comfortable atmosphere. I can safely say that after three return visits in a 24-hour span, I am a devoted regular. The food menu is inspired; the craft cocktails are fresh and unique.

"Luck is a stranger at times, especially when your opening day happens to be during the week of shutdowns during a global pandemic," Fenech said. "I am constantly blown away by Chef Jenny's and bartender Shawn's creativity. We source locally as much as possible, and our menu changes with the seasons because of that. Most of the time we'll feature weekly specials from both the kitchen and the bar."

“The idea is to honor old school classics, but put a fresh twist on them.”—Shawn Smith tweet this

Fenech himself has been involved in the food and beverage business for over 35 years. For the past 17 years, he has worked as a winemaker and vineyard manager consultant. "Vine-N-Tap is a nod to my work as a winemaker," he explained. "The tap is a nod to our full bar, because back in the day, wine, beer and spirits were all tapped."

The Hub 55, a Gomper's Gin-based cocktail, is made with elderflower syrup, lemon, lavender and cava. Think an aromatic, adult pink lemonade. Another "second round"-worthy Smith original is the Rhubarb Shrub, a gin-based martini made with whipped egg white, lime and locally grown rhubarb. "The idea is to honor old school classics, but put a fresh twist on them," Smith explained. "We use locally distilled spirits, we get our mixed greens, kale and root vegetables from Dome Grown Produce here in Redmond and from Sungrounded Farm in Terrebonne. Everything is made on site, from the pickles we use in our Bloody Mary to our simple syrups."

Smith explained how his background as a professional chef prepared him for what is (shockingly) his first bartending position. "I was a chef for 20 years," he said. "I've found that bartending is really similar to cooking. I'll be developing drink specials based on what's popular and what's in season."

While the cocktails are worth the trip alone, Smith suggested that the local beer and wine selection was also an important feature of the drink menu. "We have four taps, which we keep rotating with a selection of local beer. The goal is to support local as much as possible and continue developing relationships with local distillers, brewers, winemakers and farmers."