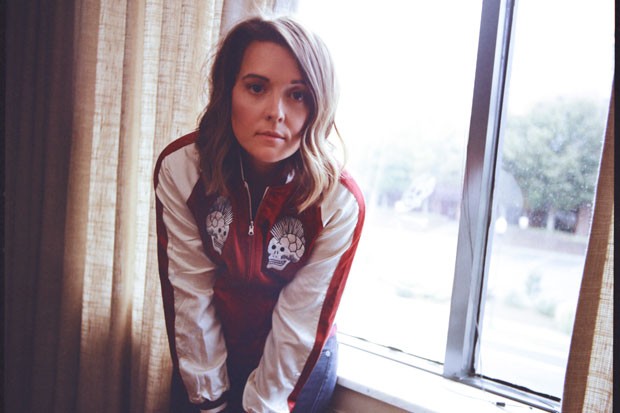 In a day and age when artists spawned by YouTube and reality show competitions are here today and gone tomorrow, Brandi Carlile represents a throwback to an era when truly gifted musicians achieved a level of respected longevity.

With the recent release of "By the Way, I Forgive You," Carlile's sixth studio outing, she's firmly established quite the creative foothold. Produced by the tandem of Americana guru Dave Cobb and Shooter Jennings, these 10 songs are less about artifice and more about honesty and craft—something that's in short supply on the pop charts nowadays.

And while Carlile's career path has found the Washington state native working with the likes of T-Bone Burnett and Rick Rubin on albums and landing on then-President Barack Obama's Spotify playlist, she remains remarkably grounded and humble. So much so that she unfailingly shares the credit for her success with Tim and Phil Hanseroth, Carlile's identical twin bandmates who have been her ride-or-dies from day one.


"I've also got a couple of new covers—Elton John and Led Zeppelin. I'm bringing a string quartet, a new drummer, a French horn and a pianist. It's going to be a big, refined and sophisticated show, but I'm still going to drink whiskey and lose my mind, so it'll be great." —Brandi Carlile tweet this

"We met when I was just at the end of being a teenager and we were playing music and singing together. They were in other bands and they had a band that was signed and dropped, and I was doing a lot of solo stuff, but I had been playing on and off with other bands too. I proposed in a really over-the-top way that we quit everything else and totally focus on each other. I swore that I would get us a record deal and I sold all my microphones and I bought Tim an EBow. I said we should quit everything and I don't know why (they agreed), because they were adult men, but they did," she laughingly recalled. "We made a pact right then and there that everything would be equal three ways, no matter what. And it always has been and it's really, really worked for us as a band and for me personally."

Earnestness and raw emotion infuse Carlile's latest opus. She lovingly shares the day-to-day parenting challenges she shares with wife, Catherine Shepherd, as the mothers of daughter Evangeline (the couple welcomed their second child earlier this year) with matter-of-fact couplets in the hypnotically acoustic tune, "The Mother," that include, "The first thing she took from me was selfishness and sleep/She broke a thousand heirlooms I was never meant to keep/She filled my life with color, canceled plans and trashed my car/But none of that was ever who we are."

Elsewhere, she opens with, "Every Time I Hear That Song," a story of forgiveness to an ex-lover wrapped in layered harmonies and subtle French horn, and "Sugartooth," a nod to a real-life troubled friend of the band who grappled with addiction. Driven by pounding piano and Carlile's plaintive wailing, its Dylan-esque narrative is what Carlile calls, "...Tim's opus and the best lyrics he's ever written."

Add in the rich orchestration of the late Paul Buckmaster and what you have is a recording that hits you square in the heart and the head.

"Over the years, I have 10 Paul Buckmaster arrangements and he was a real important influence on my life and a good friend," Carlile said. "It's unbelievable when he died because it didn't seem at all like he was running out of time when we were working on this album."

The empathy that reverberates through Carlile's music also translates to the real world via her Looking Out Foundation. Founded in 2008 by Carlile and the Hanseroths, the nonprofit fund supports causes and organizations that often go unnoticed, with $1 from every concert ticket sold going toward these efforts. Among the causes that have benefited over the years are WhyHunger, the women's self-defense movement Fight the Fear and most recently, War Child, a charity that helps children of warfare.

As grand as "I Forgive You" sounds through speakers and/or headphones, Carlile promises more of the same for those venturing out to see her in a live setting, including her appearance Saturday at Les Schwab Amphitheater.

"It'll be different than anyone who's seen me before. I'm doing a much longer set—I'm doing the entire album with a lot of other songs, too—a lot of stuff from 'Give Up the Ghost,' 'Bear Creek' (her 2012 album) and one or two from 'Brandi Carlile' (her 2005 debut) and 'The Story,'" she explained. "Less from 'The Story' than ever because I just did 'The Story' tour. I've also got a couple of new covers—Elton John and Led Zeppelin. I'm bringing a string quartet, a new drummer, a French horn and a pianist. It's going to be a big, refined and sophisticated show, but I'm still going to drink whiskey and lose my mind, so it'll be great."