How the 21+ set keeps from melting in Bend 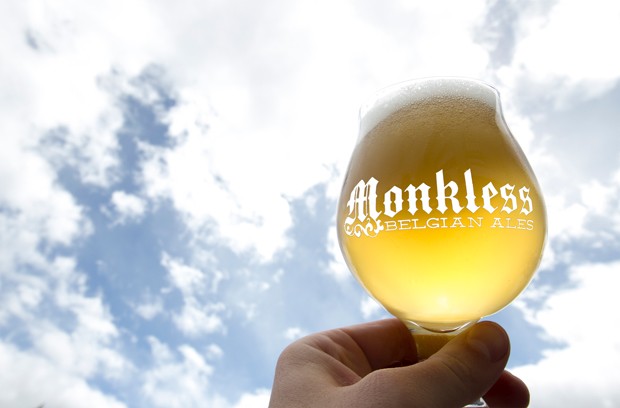 It's that time of year once again. Temps stick around in the nineties for what seems like forever, the sun beats down like a jackhammer, and the city of Bend temporarily forgets that it's actually pretty chilly here most of the time. It'll all be forgotten about come late September, no doubt, by which time things will cool down and store shelves across the state will be laden heavy with pumpkin-spice beers once more. Such is the circle of Pacific Northwest life.

But that's for later. What are the beer styles that taste the best right now, when "light" and "refreshing" has to take precedence over "boozy" and "barrel aged"? Have a look around for these styles, most of which are packaged in cans for the ultimate in outdoor convenience.

Blondes: This is somewhat cheating, because the term "blonde" or "golden ale" doesn't describe very much in practice apart from the color. The resulting beer can taste pretty much like anything, but Deschutes' Twilight Summer Ale is a good example of what's found around the NW—crisp, easy drinking, but still with enough Amarillo hops in it to be undeniably Oregon. Riverbend's Scenic Byway works along similar lines, with a near-lager-like quality to it that works well with barbecues and watching sports.

Saisons: Another catch-all term for a Belgian-style pale ale that often features a lot of natural spice, cloudiness, and carbonation. Saison Dupont remains the standard-bearer, but a lot of American versions are packed with fruit and other pleasant additions. Saisons have been Crux's bread and butter for a while; the Crux Farmhouse ale, a charter member of the tap lineup, has a slight tartness that can be addictive. Samaritans, new from Monkless, has a similarly citrusy feel, along with a finish that's been described by more than one taster as "tortilla chips." (Your mileage may vary.)

Session IPAs: Ever since Founders released All Day IPA in 2011, people have been arguing whether "session IPA" is just advertising lingo for "pale ale." All Day is really not that different from Deschutes' own Mirror Pond; they both have decent hop flavor without prematurely ending people's evenings. Bend Brewing Company's almost always has something sessionable for the side patio, including the Summer Ale and Exploregon India pale lager.

Hazies: An honest-to-goodness hazy IPA may end that evening after all, but damn if the citrusness and lip-smackingness of them doesn't make the trip fun. New to Bend currently is The Other Coast from Two Beers in Seattle, packed with pineapple and Meyer lemon flavors while still finishing incredibly smoothly.