Houston... No, Sacramento: We Have a Problem | The Source Weekly - Bend, Oregon

Houston... No, Sacramento: We Have a Problem

If you haven't seen any monarch butterflies this season, here's why

The title of this piece was a common statement back in the '70s and '80s, when NASA was doing all it could to place men and machinery in space. It also became a common statement for all kinds of problems in our society—and now I use it to bring attention to a problem that people in Central Oregon cannot cure: the lack of migrating monarch butterflies in spring. 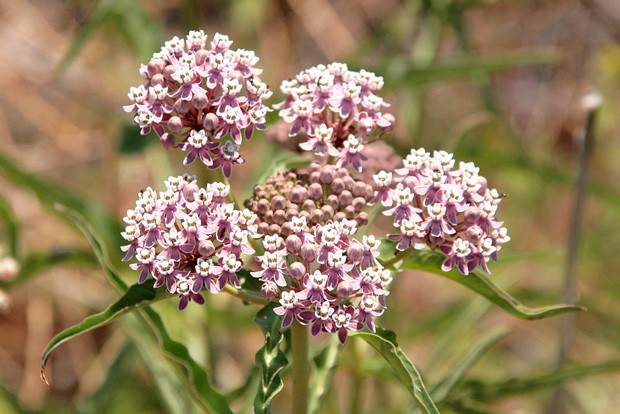 My wife, Sue, and I just returned from an event we have been a part of for over five years: helping with the annual butterfly survey at Lava Beds National Monument in Northern California, just south of Klamath Falls.

In fact, it was Sue who started the interest in keeping track of butterflies of Lava Beds. We were regular visitors there when she obtained monarch butterfly tags from the University of Toronto back in the early '90s. Our kids were just the right age to start working on butterflies, and that long-legged eldest son of ours, Reuben, could outrun and net the fastest butterfly on the monument.

In those days, Lava Beds was THE place to see monarchs. The native narrowleaf milkweed on the monument and the adjacent U.S. Fish and Wildlife refuge was/is the perfect food source for the monarch caterpillars, and native wildflowers for nectaring were very abundant. Most winters delivered plenty of water in the form of snow, and in summer, thunderstorms added moisture.

We came to know all this quite by accident. As we were slowly rounding a curve on the refuge touring road, our son Caleb, who was then about 6 years old, suddenly announced, "I gotta go pee!" I came to a quick stop, and when I took him to a place where he could get the job done, we noticed monarchs flitting about the blossoms of a plant we had never seen before. When we went on to Lava Beds, we found hundreds of the same, which we discovered were narrowleaf milkweeds.

Years later, a lightning storm hit the monument, resulting in a wildfire that destroyed much of the monarch breeding habitat. It took several years for the milkweed to regenerate. In spite of the recovery, many of the plants with larvae on them along monument roads were being mowed down for "weed removal."

Butterfly people pleaded with the road maintenance crew to stop mowing alongside the pavement. The summer rain runoff from the pavement was supplying the needed moisture for the milkweeds, which monarchs were utilizing to raise new butterflies.

However, even with the cooperation of the road maintenance crew to raise the sickle bar and leave the milkweeds alone, the monarchs didn't recover their numbers.

Then, just this year, after finding no monarchs on the monument during the annual survey, I hit the panic button; "Houston, we have a problem!"

This loss is reportedly due to urban and agricultural development and the application of herbicides in croplands, pastures and roadsides. tweet this

A friend who is an exceptional entomologist, and once a staff member for the invertebrate conservation organization, Xerces Society, was on the survey. She provided what I believe is the answer to why there are no monarchs at Lava Beds this year, and why the population never regained its numbers after the wildfire of summer 2008: the monarch breeding habitat in Coastal and Central California was/is going downhill and the native milkweed is dying off, halting the monarchs from producing butterflies to continue their northern migration in spring.

The monarchs' annual migration is a widely-known phenomenon — particularly the eastern populations that fly to Mexico and back north to Canada. In the western U.S., over 1 million monarchs from Arizona to Washington and north into British Columbia fly to more than 200 groves along the California coast each fall.

The butterflies mate, leave their overwintering sites in spring and fly eastward to California's Central Valley, the Sierra Nevada foothills and north to Oregon, Washington and British Columbia in search of milkweeds on which to lay their eggs.

However, past and recent annual counts of overwintering monarchs on the California coast have revealed significant population declines. For example, in 1997, Natural Bridges State Beach near Santa Cruz had an estimated 120,000 monarchs. In 2009, only 1,300 butterflies overwintered. This past season showed an alarming loss of 95% of overwintering California monarchs.

This loss is reportedly due to urban and agricultural development and the application of herbicides in croplands, pastures and roadsides. The protection and restoration of native plant communities in these areas is critical to reversing this trend.

We must place stronger controls on the use of herbicides, especially those neonicotinoids that are so deadly to every living invertebrate. Also set aside all the native milkweed locations as monarch conservation areas and make sure there's enough water allocated to their survival.

As an example, the state of Iowa has begun the Iowa Monarch Conservation Strategy, which seeks to establish approximately 480,00 to 830,000 acres of monarch habitat by 2038. The state's habitat goals were released in March 2018 by the Mid-America Monarch Conservation Strategy, made up of 40 conservation organizations. If successful, Iowa's strategy estimates 127 to 188 million new milkweed plants will be established throughout the state in the next 10 years.

Here in Central Oregon, many people, schools and groups have created monarch waystations that have solid plantings of milkweed and native wildflowers for nectaring. Watching how these conservation areas operate has shown positive proof that monarchs are prospering in their use. But with very few monarchs getting past Central California's empty milkweed patches, the waystations will have few respondents to their invitation.

One of the heroes of my childhood, and still very important to my philosophy of living on this beautiful planet, is Aldo Leopold, who said: "We abuse land because we see it as a commodity belonging to us. When we see land as a community to which we belong, we may begin to use it with love and respect." It is way past time to start doing that.