How Close is the Farm? | Chow | Bend | The Source Weekly - Bend, Oregon

How Close is the Farm? 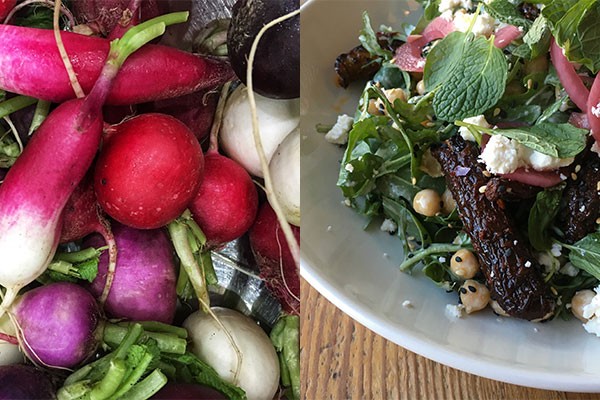 Have you seen the Portlandia farm episode? Where the main characters, Fred and Carrie, are at a restaurant and they ask a few questions about the chicken. "Is it local? Is that USDA organic or Oregon organic or Portland organic? How big is the area where the chickens are able to roam free?" The waitress asks them to hold on a second and she returns with a folder including specs for the chicken. The details include the name of the farm, the chicken's name, Colin, and a photo. Fred and Carrie continue to ask questions. Was Colin able to put his wing around another bird? Was he happy? The waitress tries to answer but she doesn't know the minutiae. Fred and Carrie ask the server to hold their seats, they need to go check out the farm.

That scene is over the top but having some of that drive to know where our food is coming from is healthy. For instance, what does local even mean? According to the Oxford Dictionary local means relating or restricted to a particular area or one's neighborhood. Many restaurants say local on their menu and we think this means they are using Central Oregon produce and meats, but this isn't necessarily the case. The majority of our restaurants use that term and the products they are using are from outside the community of Central Oregon. Occasionally it even means Washington and Northern California.

This distinction is important for a few reasons. Local food tastes better because it is in season and picked at the peak of ripeness instead of early to account for shipping and distribution. That shorter time between harvest and our table means we get more nutrients out of our food.

There are two local restaurants making a great effort to intentionally source as close to Central Oregon as possible. To be clear, neither restaurant sources 100 percent locally—that just isn't possible with what can be grown in our climate. 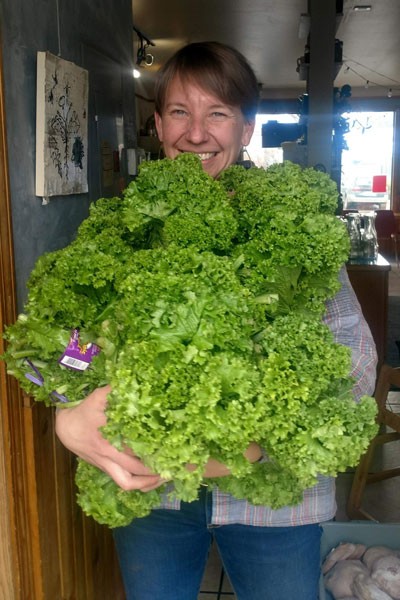 Before opening her restaurant, Chef Anna Witham researched what was grown in Central Oregon to discover what type of restaurant could emerge from those ingredients.

"I love having restrictions. It puts a piece of creativity in menu development that I welcome," Witham said.

With consistent access to local meats, bones and eggs, Witham opened 123 Ramen, a noodle shop in Bend's Central District. The ramen combinations you can order throughout the year change with what's available. Witham extends the season for some produce by pickling and fermenting it. As she stared at the ferments on the back wall of her shop, Witham said she, "wants to show it's possible to source primarily from Central Oregon. It's important to me, and it's worth it."

The relationship between the chef and farmer is mutually beneficial. When restaurants forecast to the farmers what they need for each season it's financially good for the farm. The farmers can plant the right crops or raise enough livestock to meet market demand. They don't have to worry about having products the market doesn't want and restaurants know they have preordered what they need. This local demand for large quantities of produce and meats supports the future of farming and helps maintain farm and ranch land within our community.

At Jackson's Corner the menu flows with the seasons. You won't find a tomato on their burger in the winter because they aren't grown anywhere nearby. Executive Chef Parker Vaughn said he finds seasonality a, "Challenge of having to adapt but you get the freshest food." The choice to produce a menu where they partner with high desert farmers often means they pay more. Managing Owner Aaron Christenson said, "We sometimes take smaller margins to be able to do it and it works for us." Before working with farmers and ranchers, Vaughn and Christenson visit the properties. They want to know if the produce is really organic and the meat is raised humanely—it's a conscious choice to source ethically. By having these close relationships they've seen how each of them achieve success and meet their goals by working together.

The investment 123 Ramen and Jackson's Corner make in local food benefits all of us. Those local farms and ranches tend to spend their money close to home, so it's reinvested in the people and businesses in our own community, making it richer.

The Portlandia characters had some crazy inquiries about their chicken but we should all be inspired to ask questions about our own food. Is it Oregon local or Central Oregon local?