Humans caused—and then fixed—a climate threat under a Republican president. We can do it again | The Source Weekly - Bend, Oregon

Humans caused—and then fixed—a climate threat under a Republican president. We can do it again

Each year, we dedicate the issue that falls on Earth Day to examining issues around sustainability and the environment. The notion of sustainability is often thought of as a realm only visited by progressives—environmentalists waving a partisan banner in favor of going green for going green's sake. 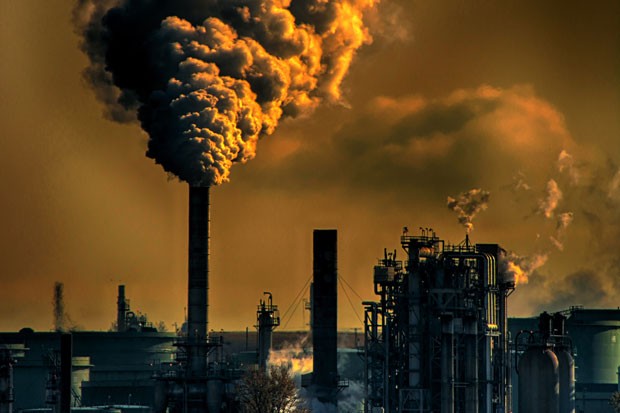 But discussions of sustainability and the human impact on the climate didn't begin in the 21st century. In fact, the work of two scientists in the 1970s—Mario Molina and Frank Sherwood Rowland—gave rise to a worldwide movement that saw the citizens of Earth taking action on a human-caused problem that stood to threaten the health of billions.

In 1973, the two University of California-Irvine chemists began their work, examining the effect that chlorofluorocarbons were having on the depletion of the ozone layer. The scientists faced plenty of doubt in the beginning. Some fellow scientists refused to mingle with them because of their controversial hypothesis. Aerosol industry leaders called their findings "science fiction." But Molina and Rowland persisted, gaining funding from Congress to continue studying the problem. The National Academy of Sciences confirmed the chemists' hypothesis. Still, chemical industry groups refuted the science, knowing that the findings stood to impact an entire industry's bottom line.

In 1975, before much of the rest of the world woke up to the ozone threat, Oregon became the first state to pass a ban on CFCs—a ban that went into effect in 1977. At that time, some Oregon retailers complained that the ban was going to cost them thousands, due to having now-banned inventory. But in the face of economic and industry pressures, Oregon persisted in being at the forefront of a movement that would eventually involve 197 nations of the world.

In August 1987, world leaders came together in Montreal to establish the Montreal Protocol on Substances that Deplete the Ozone Layer. Collectively, the nations of the world would phase out CFCs. In the U.S., the treaty was championed by President Ronald Reagan—a conservative whose administration, at first, dismissed the ozone layer problem. One administration official got major flak for telling people to simply wear hats to avoid the increased skin cancer danger from that hole in the ozone layer. Ironically, Reagan had had a cancerous growth removed from his nose around the time the studies were released. Reagan isn't seen as an "environmental president," but under his leadership, we joined the countries of the world in solving a global problem. The U.S. Senate ratified the treaty without a single "no" vote.

Politics in the 1980s, when Reagan was president, were definitely partisan. Perhaps they are not as polarized as they are now—but it's a beacon of hope in the modern era, to recall how politicians from both sides of the aisle came together.

Some past skeptics came around by adopting the notion of thinking that if there was the possibility of a problem, humans should do what they could to close the window on that possibility. In other words, even the skeptics didn't see value in continuing with the status quo when there was the possibility that their inaction would endanger the planet. Scientists now expect the ozone hole to be closed by the year 2060. Molina and Rowland were awarded the Nobel Prize in Chemistry in 1995.

Today, the CFCs once used as refrigerants have been replaced by hydrofluorocarbons, which don't deplete the ozone layer. But HFCS are greenhouse gases that are thought to be 12,000 times more damaging than carbon dioxide. Thanks to ongoing efforts that began in Montreal, air conditioning manufacturers have signed on to use alternatives to HFCs. In 2015, the Obama administration issued regulations to phase out HFCs. Alas, the Trump administration announced in 2018 it would not enforce those regulations.

For that, Oregon, California and a total of 11 states sued the Environmental Protection Agency in 2018.

Once upon a time, protecting the health and safety of the planet was not a partisan issue. Once upon a time, science rose above the din of industry groups clamoring to refute their findings in the name of economic progress. Once upon a time, the simple possibility of a threat to human health was enough to take action. And now, as it was in 1975, Oregon remains among the states at the forefront of environmental regulation. So in honor of Earth Day, when someone tells you that Oregon's proposal to ban plastic bags or its move to go coal-free over coming decades are actions that go too far, give them a history lesson.

On April 10, PBS released a new documentary, "Ozone Hole: How We Saved the Planet." It's well worth a watch