When it comes to comfort food, Vietnamese soups deliver a flavor- and nutrition-packed punch

When the sickies come calling, soup is the ultimate comfort food. While a basic chicken soup is often a go-to, Vietnamese soups also offer a combo of soothing warmth and nutrition—not to mention tasting delicious. Pho often contains fresh herbs including cilantro and basil, as well as ginger and bone broth. Ginger can help reduce inflammation; herbs add vitamins, and bone broth may promote joint health, according to Healthline. 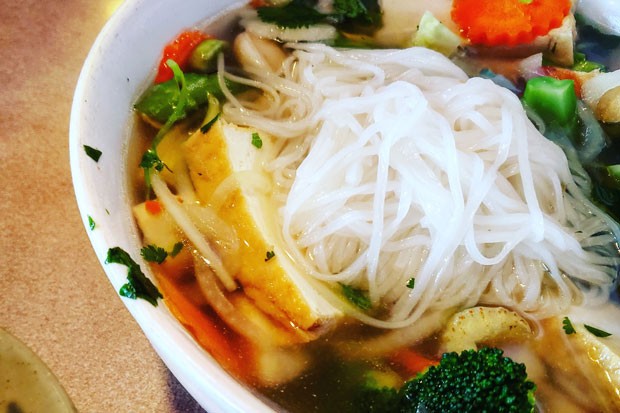 With the late-spring rain and cooler temps this week, we checked out some local Vietnamese soup options in the local area.

As the first authentic Vietnamese restaurant in Bend, Pho Viet & Cafe serves up delicious traditional noodle dishes and much, much more. The family-owned restaurant has numerous signature entrees, including a flavor-packed pho featuring beef broth that's slow-cooked for over 10 hours with a variety of fresh herbs. Upon each anticipated visit, it becomes clearer that I am far from the only repeat customer.

The pho is outstanding. Flavorful, fresh and always served with a side of jalapeno, bean sprouts, lime and basil so you can be the master of your own spice. In my humble opinion, one of the best things about Pho Viet is that it isn't just an "I'm in the mood for soup" kind of place. They've got a wide variety of cuisine for every appetite, from a magical lemongrass tofu dish (which I highly recommend to all of the vegetarians out there) to seafood hot pots and Pad Thai. 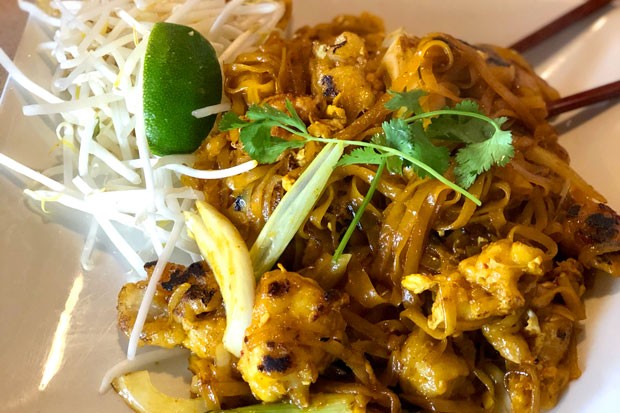 Since reopening, the owners have kept up with guidelines expertly; tables are spaced and sanitized, and it's worth the trip just to be greeted with a friendly hello and a (masked) smile. Of course, there are few things as satisfying as curling up on the couch with a warm bowl of pho to-go, and take out is always available, too. - Cayla Clark

When I called to place a takeout order, Pho House was fielding so many orders that it took a little time waiting on the phone to place mine. That could very well be a testament to the popularity of Pho House in Redmond—the lone spot dedicated to this delicious soup in the Hub City. Tucked into a strip mall along U.S. 97, the spot is inviting inside, with muted paper lanterns and attractive art on the walls.

I ordered two soups, including the #7 Combo Pho, with thin eye-round slices and sliced beef brisket, rice noodles, raw onion, basil, jalapenos and cilantro, as well as the Bun Bo Hue, a soup with rounded vermicelli noodles and a lemony, limey, lemongrass beef broth. Takeout orders come with the broth separated from the other stuff, so I had a chance to inhale the intoxicating aromas of each broth, and to sip each one, before adding them to their respective noodles. The pho had a strong anise scent—a key ingredient in pho broth—so I knew we were off to a good start. A tad on the salty side, the broth was still delicious when added to the noodles. 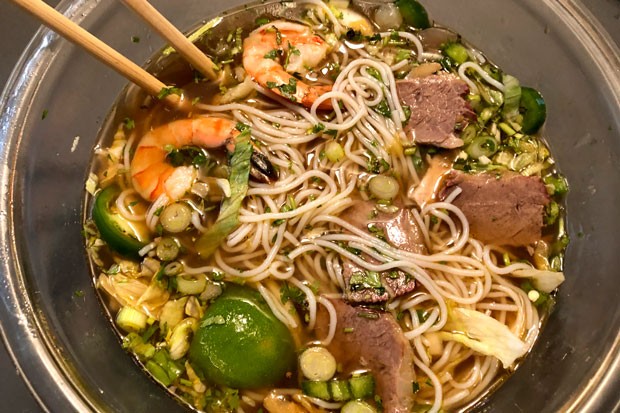 The Bun Bo Hue is a more complicated flavor profile, at once slightly spicy and citrusy.

"Hue was the imperial capital of Vietnam for nearly a century and a half, until 1945, and many of the most sophisticated and interesting dishes in the Vietnamese repertoire originated in the region, including this classic spicy beef soup," wrote Charles Phan, a James Beard-winning chef and author of "Vietnamese Home Cooking," in an article on the Epicurious site. "The light stock, which is made with beef and pork bones, is scented with lots of lemongrass and shrimp paste," Phan wrote.

For those who can't decide between beef and pork and seafood, this may be the soup for you, as Pho House's version comes with all three. - Nicole Vulcan