I Second That Emoticon & Pretender Mercies

It's easy to misinterpret tone in texts

I Second That Emoticon 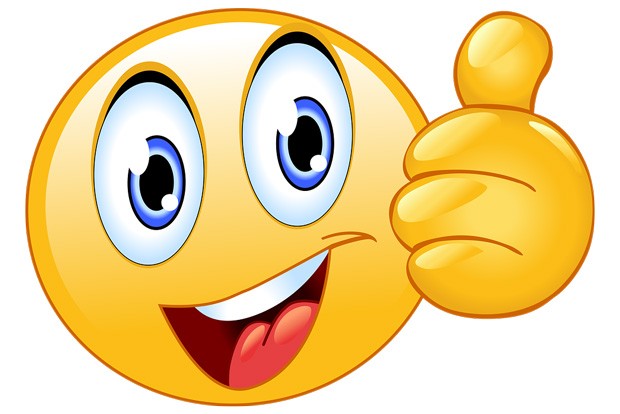 I know some men refuse to use emojis because they think they're silly or cheesy. But I have to say, when men use emojis, they make me feel good. Is it crazy that a heart or a rose emoji makes me feel like a man's more interested?

It's easy to misinterpret tone in texts. However, emojis are basically the cartoon cousins of commas, which can make the difference between a quiet evening at home and an evening spent handcuffed facedown while the forensics team digs up your backyard for skeletal remains. (If only you'd tucked the commas into the appropriate places when you texted, "I love cooking my dogs and my grandma.")

Emojis in courtship were the subject of two studies from the Kinsey Institute. In the more recent one, social psychologist Amanda Gesselman and her colleagues found a link between emoji use and maintaining a connection beyond the first date, as well as more romantic interactions and more sex (over the year that participants were surveyed about).

I suspect emojis are an especially helpful tool for men to use in dating. Research by psychologist Simon Baron-Cohen suggests that men, in general, don't have women's emotional fluency—that is, women's ease in identifying and expressing emotion. Emojis help men communicate warmth and interest in a woman easily and comfortably. This in turn keeps women from getting mad that men don't show their feelings—or mistaking a lack of expressiveness for a lack of feeling.

So it's no surprise you appreciate the emojis. Still, there's much that remains unexplored in these studies. For example, do people who use more emojis get more dates and sex, or do people who get more dates and sex use more emojis? And do emojis play well with everybody, or do they sometimes kill a developing connection? "Wait...a 55-year-old man just sent me an entire screen of cartoon eggplants?"

Of course, emojis could more charitably be viewed as a classic form of communication. The medium was just different back around 2000 B.C., when the pharaoh would dispatch the eunuch with stone tablets covered in pictures of dogs, beetles, and mummies. Message: "Dinner is at 6, unless there's a plague of locusts."

A senior colleague was consistently rotten to me—demeaning, abusive, passive-aggressive. I tried to get him to behave more respectfully, but nothing changed. I now try to avoid him as much as possible. His mom just died, and a co-worker suggested I send him my condolences. But this would feel really insincere. Isn't it important to be authentic?

If you always expressed your true feelings, you'd probably get arrested a lot—like if a cop pulls you over and asks, "Do you know why I stopped you?" and you answer, "You have a small penis, and you've yet to hit your ticket quota?"

Authenticity is overrated. Sure, it's seriously important when you're bidding $3 million for a Picasso. But in humans, authenticity basically means having the outer you—your behavior—match the inner you: your thoughts, desires, feelings, and values.

Revealing your hopes, fears, and desires to another person is essential to having real intimacy—allowing them to really know and understand you. But as with the Officer Cocktail Sausage example, telling the whole truth isn't always ideal.

Technically, by not letting rip whatever feeling comes to mind, you're being "inauthentic," "phony," "insincere." However, this view comes out of neuroscientific ignorance. Though we have personality traits that are consistent across time and situations, research by neuroscientists Roger Wolcott Sperry, Michael Gazzaniga, and Joseph LeDoux suggests there is no singular, consistent "real you"—or "real" anyone, for that matter. Instead, we each appear to be a set of shifting standards, preferences, and practices based on the priorities that a particular situation triggers in our evolved psychology: whether, say, it's survival ("Run for your life!") or mating ("Wanna have coffee? Naked?").

Not having a singular self means we can choose the sort of person we want to be. We do this by coming up with a set of values and acting in line with them. (For more on the practical steps involved, see the "Be Inauthentic!" chapter in my book "Unf*ckology.") In your case, for example, if kindness is one of your values, you might set aside your grievances with your colleague and decide, "You're a fellow human who's suffering, and I'm gonna reach out to say I'm sorry about that." Being kind to a guy you loathe is actually an act of sincerity when your behavior aligns with your values. If only "killing 'em with kindness" were more than a figure of speech...then you could call dibs on this meanie's swanky office as they wheeled him out in a body bag.