"Frozen 2" doesn't quite recapture the magic

I don't have kids, so my relationship to the original "Frozen" is probably different than the one parents have with the 2013 Disney blockbuster. I didn't have to watch it a thousand times or hear "Let it Go" sung by well-meaning children until my ears screamed with the fury of a thousand better Disney songs. I watched it when it came out and was instantly able to (ahem) let it go, as it's kind of forgettable overall. 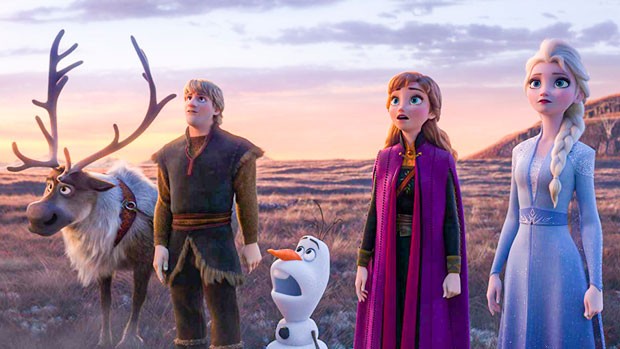 Don't get me wrong: "Frozen" is solid late-period Disney with a few memorable songs and a nice modern retelling of Hans Christian Anderson's "The Snow Queen." The thing that makes "Frozen" more than the sum of its parts is the film's brilliant deconstruction of the fairy-tale princess myth perpetuated and popularized by Disney itself. Of the two leading human male characters, Kristoff turns out to be brave but ultimately ineffectual; Hans is a villain hiding behind money and a faux "nice guy" demeanor to get what he wants from women.

Elsa and Anna save themselves in "Frozen." They don't need a prince for a second, gaining strength instead from each other and their sisterhood. As normal an idea as that sounds right now, in 2013 it was downright revolutionary. But in a post-#Metoo world, what can creator Jennifer Lee and the Mouse House do to keep "Frozen 2" ahead of Hollywood's current desperation to seem as woke as possible?

The answer: taking another hot-button topic and folding into a narrative still structured around the friendship between Elsa, Anna, Olaf, Sven and Kristoff, and the songs they like to sing. This time we find out the origins of Elsa's ice powers while sending them on an adventure into the Enchanted Forest populated by the Northuldra tribe that has lived shrouded in mystery to a generation of the people of Arendelle.

Surrounded by an impenetrable wall of mist, the forest is seen as forbidden to Elsa and company because of the mysterious natives who battled with their grandfather and supposedly tried to rid the world of Arendelle. You can see where this is going, yeah? When our plucky heroes finally meet the Northuldra tribe, they're drawn as misunderstood Native Americans, even down to the fact that they worship the elemental spirits of air, earth, fire and water which power the forest. And guess what? They were screwed over by Elsa and Anna's ancestors. It's all very obvious. "Frozen 2" doubles down on the environmental message while giving all the characters their own dramas to work through. Olaf is suffering an existential crisis, Kristoff wants to marry Anna, Anna wants to protect Elsa and Elsa just wants to be magic and maybe find a nice lady to settle down with. The problem is that these characters are all still very interesting and dynamic, but this time they're in service of a pat and clichéd story.

Honestly though, this movie is critic proof. The animation is gorgeous, the message is solid and the songs are ear worms for kids (especially Kristoff's show-stopping power ballad "Lost in the Woods). Most kids are desperate to see this, even while most parents are ready to move on from the first one. "Frozen 2" doesn't carry the same inherent magic as the original, but for those expecting an even better time at the movies; you might just have to let it go.