If you get into a road rage incident... | Local News | Bend | The Source Weekly - Bend, Oregon

If you get into a road rage incident...

Tips for what to do, and what not to do 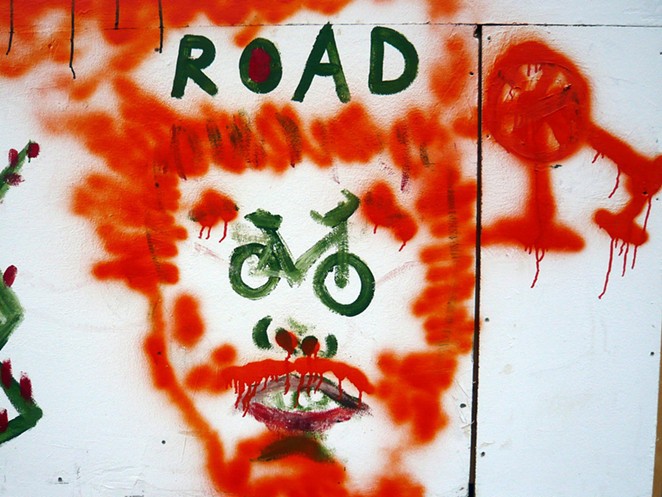 Mark Larson, who owns Deschutes Driver Education, has these tips for what to do if you unwillingly become part of a road-rage incident.

"If you have another driver that's exhibiting aggressive driving behavior or road rage, the first thing you don't want to do is you don't want to engage them," Larson told the Source. "Don't shake your fist at them, don't yell at them, just try to ignore them and keep going where you're going."

Larson said if another driver continues to follow you, like in the case of the two women, there are things you can do—and shouldn't do.

"A couple of things you don't do, is you don't drive home," he said. "They're going to follow you and the last thing you want to do is show them where you live."

Larson said another no-no is trying to engage people with your vehicle. He said when ignoring an angry driver isn't working, the best thing to do is go someplace safe or with crowds.

"A police station is a good option," Larson said. "Downtown, you know, someplace in the central business district, or the Old Mill. Someplace where there's lots of people. It's also the only time I would say pick up your cell phone and call 911 and tell them what's going on and they will also get help to you right away."

"The only thing you know about the guy behind you is that his horn works, and that's all you need to worry about." —Mark Larson tweet this

Larson said he doesn't recommend fire stations—not because fire employees won't help—but because of how often firefighters are on calls.

Both Bend PD and the Deschutes County Sheriff's office said it's hard to get data for the number of road rage incidents, because most of the calls come in as traffic complaints.

Larson said with the tourist season about to get in full swing, people need to give themselves more time to make it to their destinations, especially with the amount of road construction happening.

"People just start getting a little more amped up, and so it's like, breathe, just try to relax. If somebody pulls out in front of you, big deal," he said.

Another thing people need to be mindful of is not everyone has lived here for long—and may just be visiting—and some don't know how to navigate the roundabouts.

"We've got like what, 32, 33 roundabouts in this town? Most people come from areas where they don't have any," Larson said. "And so those of us who live here sometimes get upset with those who don't and that leads to issues."

Larson said he teaches his students to disregard people behind them when they get honked at or people try to intimidate them into dangerous decisions.

"I tell all our students, just ignore them," Larson said. "The only thing you know about the guy behind you is that his horn works, and that's all you need to worry about.

"Don't ever let somebody behind you force you into doing something that's illegal or high risk or dangerous," Larson said. "It's not worth it."