If You Like It, Listen | The Source Weekly - Bend, Oregon

In spite of their young age, these teenagers are filled with emotion, talent and the drive to be better at music. They each produce and release music, along with playing gigs around Central Oregon. Their music styles range from pop to folk, singer-songwriter, rap and old-school rock. Each of them thinks music is for everyone; it doesn't matter your age or gender, if you like it, listen. 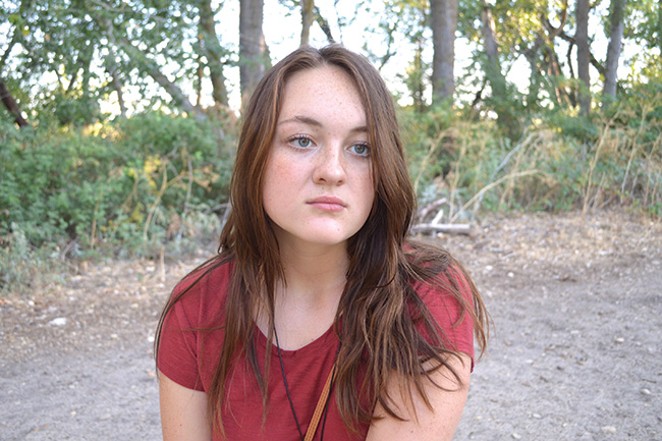 Mudrick described her sound as, "Very vulnerable and very touching. I find it relaxing but it can also be very lyrically aggressive, only because it's so transparent that the honesty can wow anyone. I don't think many people expect a teenager in high school to be that vulnerable, especially in music." She is right; Mudrick's music is a mix of stories, emotion and unpredictability all built on her own experiences and feelings. Her favorite song on her upcoming EP is called, "The Big Bang" because she feels there is a lot of depth in the song and it is very relatable. Mudrick also plays gigs around Central Oregon at places like the Volcanic Theatre Pub, downtown Bend and the Deschutes County Fair, along with school events. Mudrick primarily plays the guitar but also plays the piano, ukulele and bass. She produces music in her mentor/producer Rod DeGeorge's home studio and has been working with DeGeorge for four years. She brings him pre-written songs and basic chords with a melody and the two add layers and other instruments to make music. Her passion for making music and making people feel heard takes her music to levels extremely impressive, especially for her young age. Mudrick's music can be found on YouTube at nora jean music, @norajeanmusic on Tiktok, and @norajeanmusiic on Instagram. 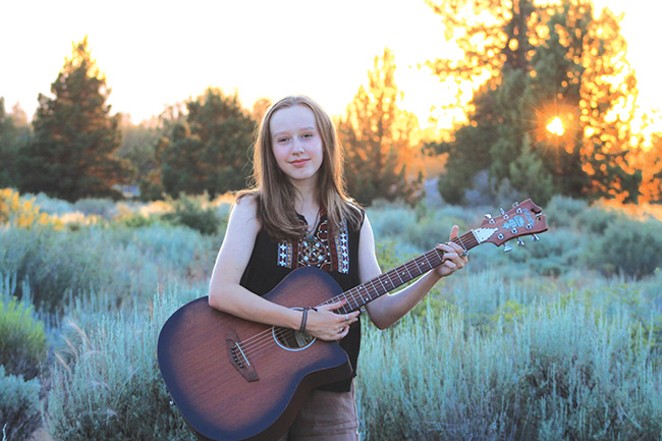 Jaymi Vision is a 15-year-old singer-songwriter who has performed at the Tower Theatre, Riverhouse on the Deschutes, Silver Moon Brewing, Bunk+Brew Historic Lucas House and fundraisers for the KIDS Center and Helpers nonprofit, along with frequent gigs at the Northwest Crossing Market. She also has her own music on platforms including Spotify, Amazon Music, Apple Music, YouTube and Instagram. Vision's music genre is singer-songwriter, folk and pop. She describes her sound as modern, singer-songwriter and recognizable because her setlists have popular covers along with her own music. She plays the guitar and ukulele, and intends to release her latest single this fall.

When asked about her favorite song she has written, she responded, "One of my favorites I created a long time ago, it's called 'One More Day.' It's about how just saying something or reaching out to somebody can stop them from committing suicide or getting into a depressed state. I wrote that during quarantine because I felt that it was a really strong song, especially in that time when people weren't necessarily reaching out to each other so that really hit home for me," Vision explained. Her music comes from the heart, the reality of life and what she and other people go through. Vision had teachers at Cascade School of Music after the pandemic who helped her improve, including Matilda Joy, Stephanie Slade and Jon Harnum. Her favorite part of making music and performing gigs is seeing people enjoying her music—specifically the little kids who are in awe as they walk by, she said. Listen to her music on Spotify, Apple Music and Amazon Music at Jaymi Vision, or watch her gigs and songs at @jaymivision on Instagram, @jaymivision on Tiktok, Jaymi Vision on YouTube. 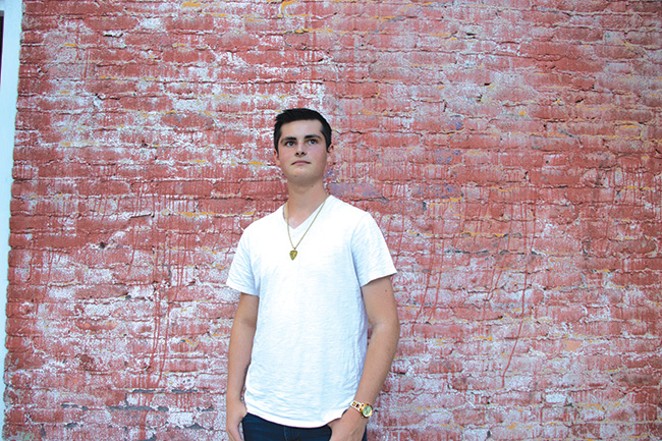 Drake Walker, a 16-year-old living in Bend, is a pop, rap and folk artist with three singles out on every streaming platform, titled "Memories," "Can't Go Wrong" and "I Miss The Days." Walker also has an album coming out called "Three Rivers" featuring folk and pop music. Walker has been creating music since he was six years old, when he first started taking violin lessons. Quickly, his music teacher realized his talent for singing and he started taking piano lessons to pair with his voice. Walker plays seven instruments including cello, bass, drums, guitar, alto saxophone, violin and piano. He's played gigs for Sunday Guitars at the Deschutes County Fairgrounds, a program called Central Oregon Rock Ensemble at Volcanic Theatre Pub, at school and busking downtown. The community is Walker's favorite part of being a music artist.

When asked about the hardest part of being a musician he explained, "It is incredibly hard to gain traction and to go anywhere. But I don't see that as an obstacle; I see that as something I can easily conquer if I try." Walker is hard working and dedicates most of his free time to recording and layering tracks, along with learning music theory and trying out tricks on programs Dao and LOGIC Pro. "The music industry is so crazy, you could blow up overnight and not even know til you check social media the next morning, and your life is changed forever. But I don't really want that. I'd like to grow my music career first locally, do more gigs and release more music. I want it to take time because I feel like if I did blow up overnight I wouldn't know what to do and I wouldn't be prepared for it," he explained. Find Drake Walker on any streaming platform or through his socials @drakewalkermusic on Instagram, @itz_draco_walker on Tiktok and Drake Walker Music on YouTube.