Kyle Switzer
On Wednesday, locals began to spread the word that Immigration and Customs Enforcement officials were in Bend and had reportedly picked up at least two people. Two buses were located behind the Crane Shed Commons on SW Industrial Way in Bend, where activists began to block the buses from exiting the parking lot.

Source Intern Kyle Switzer shot these images earlier in the day—long before federal agents from Customs and Border Patrol agents would storm the buses, removing the driver and the two detained men inside. We livestreamed the event on the Source Weekly Instagram, all the way through the melee that served as the final resolution of the evening. Check back for a longer story on what we saw and what happened later Thursday. 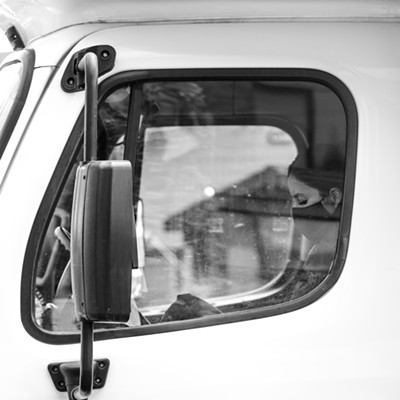 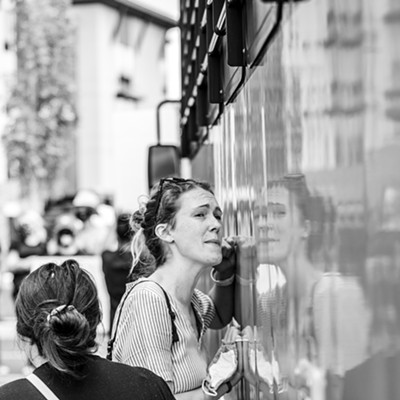 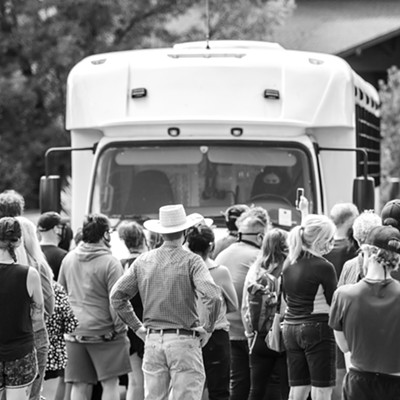 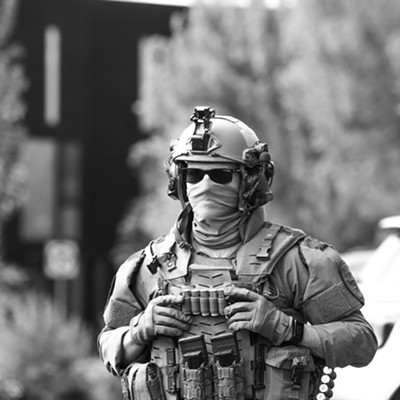 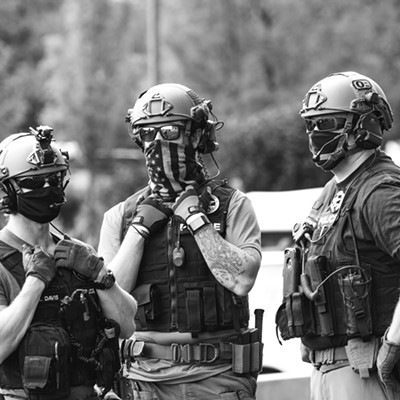 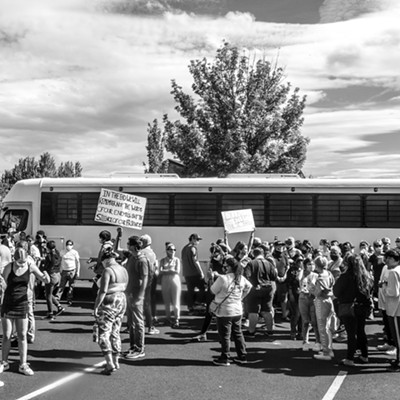