Immigration Issues are not Limited to Washington, D.C. | The Source Weekly - Bend, Oregon

Immigration Issues are not Limited to Washington, D.C.

This past weekend, the president and his administration made plain their intent to round up undocumented individuals, stoking extra fear in communities already ravaged by it.

For some people in the community, this past weekend was like any other—filled with lawn mowing, summer music, hanging by the shore of a Cascade lake. But for others, it was a weekend filled with fear and anxiety—heightened beyond the levels of uncertainty and dread that have been in place since the president and his administration began its campaign against undocumented Americans in 2017. This past weekend, the president and his administration made plain their intent to round up undocumented individuals, stoking extra fear in communities already ravaged by it. While no raids have happened in Central Oregon, and few have happened nationwide, the president also stepped even deeper into xenophobic rhetoric this week, when he launched into yet another tirade on Twitter, identifying four members of Congress—all women of color, all citizens, and three born in the U.S.—as "people who hate our country." 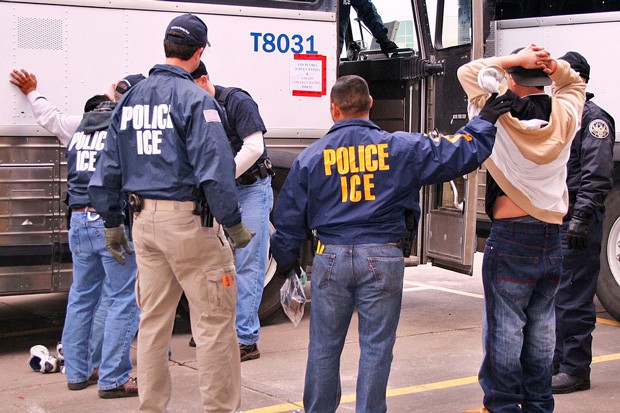 On Monday, the administration also announced its new rules on asylum, which would require people to seek asylum in any country they pass through, and to be denied there, before seeking it in the U.S. That rule—which Mexico and Guatemala have already rejected—would effectively make it more difficult for people from other Central American countries, beyond Mexico, to seek asylum here.

Today, in this country of immigrants, our president is showing his intent in the next election to race to the bottom in "othering" anyone who doesn't look like him, think like him or who has not been born in the same place as him.

If you believe the pervasive local "wisdom" that "Bend is so white," then it might be easy for you to brush all this off. With a population of 9.1 percent Hispanic/Latinx people in Bend (according to U.S. Census data), it might feel easy for you to say to yourself, "it doesn't happen here."

But it's in places like these that destructive ideals of otherness and exceptionalism can take root. It was in the small towns and farmlands across Europe where people elected to either comply with, or to resist, the powerful forces that ravaged the continent and put Jews, Gypsies, intellectuals, homosexuals, political resisters and others in concentration camps. In post-WWII France, an artist walked through the countryside, asking people why they chose to shelter Jewish families, or why they didn't. The people who elected not to help said they "didn't know the people" being persecuted. The people who said they helped did it because they said they "saw" their neighbors and recognized their pain and fear.

You have likely heard the words of German Lutheran pastor, Martin Niemöller:

The president, with this week's tweets, has begun to come for "us"—American-born and naturalized citizens whose crime is believing that the most American thing one can do is to work for justice, get elected, and to represent all people, not just one group.

This fight isn't simply happening in Washington, D.C. It is in these places of relative rural quiet and peace that there is an opportunity to educate and inform families and friends who may not yet see the gravity of the mounting hatred in this country. We can help others see that pluralism and diversity are assets.

Organizers from last week's local Lights for Liberty candlelight vigil, held in Bend as well as communities across the country, encourage locals to learn to become legal observers.

"Document any ICE activity, including stops, arrest, use of force and racial profiling. Remember you have a 4th Amendment that protects you. Without a warrant signed by a judge, ICE doesn't have the right to search your private property," the organizers wrote in an email to the Source.

Asylum seekers land on our shores because this remains a country that respects human rights and honors the rule of law. People willingly become citizens here because it is a country worth investing in.

All Americans have a choice right now—to "see" our neighbors, and to speak out against injustice. Avoiding risk will likely find one looking back and seeing themselves on the wrong side of history. As Ravi Ragbir, executive director of the New Sanctuary Coalition puts it, "To be silent is to be complicit. To sit this out is to be complacent."