On Jan. 8, the Bend City Council will do its second reading of proposed changes to the Bend Development Code, aimed at making it easier for developers to move projects through the system. The City Council voted 7-0 to approve the changes during the first reading of those changes in December. 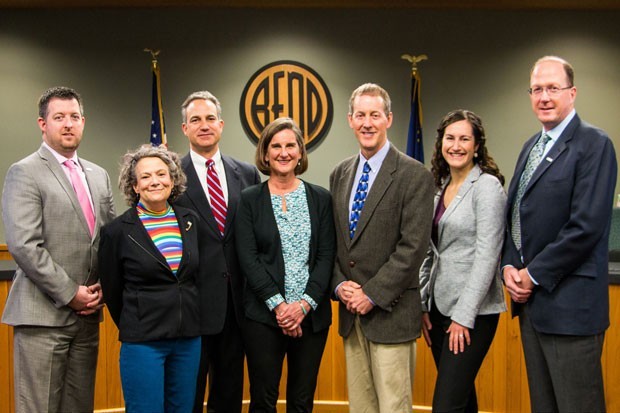 Among the four changes is one that eliminates redundant traffic analyses at intersections that the City of Bend has already determined are in need of improvement. Developers are, and will continue to be, required to conduct a transportation facility report to estimate how many trips a proposed development will add to the streets, within 1 mile of the proposed site. In the past, developers whose projects were going to add more than 100 trips to the system were also required to conduct a transportation impact analysis for the nearby intersections—and to pay to improve any intersections within 1 mile that would "fail" due to the new development.

That process had significant issues.

In the case of one proposed development mentioned at the recent City Council meeting, the developer would have had to pay to improve 11 significant intersections—to the tune of millions of dollars—before they could move forward.

What's more, in some cases, developers were conducting transportation impact analyses on intersections the City already knew needed improvement. The city engineer pointed out that in the case of the intersection at Simpson Avenue and Columbia Street, the City already had at least six transportation impact analyses on file. That's an intersection the City is well aware of needing improvement—so much so that it's already been added to the City's Capital Improvement Projects list and is slated to be improved. Forcing a prospective developer to analyze that intersection once again is unnecessary and redundant, and added money to a project. This change to the code makes sense.

Another of the changes increases the "trigger" for a developer to engage in a transportation impact analysis from 100 trips added by the proposed development to 700 trips. While that's a big jump and might seem arbitrary, it's actually the lower number—the 100 trips—that appears to be arbitrary. The city engineer told the City Council that in historical documents, he couldn't find any reason why the development code originally used 100 trips as its trigger. To put that into context, he said a single-family home generates an estimated 10 trips per day. Forcing a builder who's constructing just 10+ units, for example, to improve all nearby intersections was just too much.

According to the city engineer, setting the trigger at 700 trips would allow a 100-unit apartment complex to be built without those costly intersection improvements. While we believe the new trigger may have risen a bit too high since it means some intersections may suffer, in Maslow's hierarchy of needs, shelter wins over transportation.

Bend needs more housing—but to be clear, it needs the lower-end type of housing that apartment complexes, in theory, would bring.

The City of Bend has taken a significant step in removing these barriers to the construction of housing. Housing, even over transportation, is the most pressing issue facing our city right now. Still, the City of Bend can and should do even more to ensure that the housing stock being built does not only contribute to the Council's goal of adding 3,000 units this biennium—but that the housing stock being built is the type that low- and middle-income people can afford.

The City can and should offer further incentives to build this type of housing, and to ensure it stays affordable. What's more, the City could further incentivize builders to add solar power to buildings and to xeriscape the surrounding property, to further cut electricity and water costs for residents. Not only that, those two initiatives—adding solar and reducing the need for water—are in accordance with climate change mitigation, as a citizen at the Dec. 18 City Council meeting so aptly pointed out.

In short, removing some redundancies in the city code to see more housing built is a good thing—but the City can do even more to ensure that housing meets some of its other goals as well.