Classical piano with a view 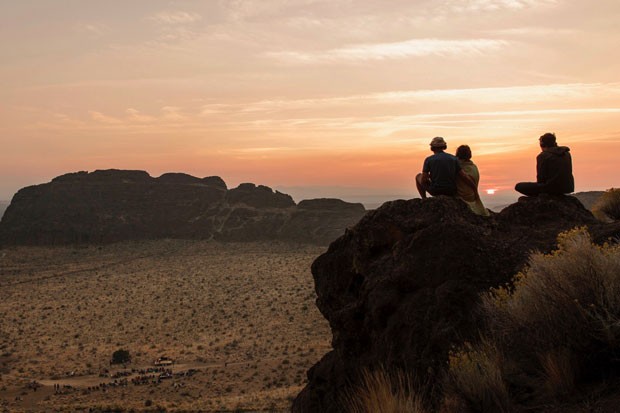 Central Oregon is known for its rugged landscapes and the beauty that comes with them. Over the summer and into the fall, the "In A Landscape: Classical Music in the Wild" concert series combines the picturesque landscape with the intensity and beauty of classical music.

"I started In A Landscape to bring together the two things that I love the most: playing classical music and being outdoors," Noack said in a promotional video.

In addition to being a one-of-a-kind concert experience, listeners aren't bound by seating arrangements. Each ticket holder is given wireless headphones to explore the landscape to take in the ocular and auditory pleasure.

On Sept. 5, the series heads to Smith Rock, where concert goers can experience Noack's playing, and the epic sunsets that light up the Crooked River and the famous crags of Smith Rock's climbing walls. The next night, the concert moves to Sunriver Resort, where people can listen at the Meadows Golf Course, which has views of Mt. Bachelor. Then the concert moves southeast on Sept. 8 to Fort Rock State Natural Area, which has Fort Rock Cave, a site of one of the earliest evidence of human habitation in Oregon, and the towering, near-circle of jagged rock walls that erupt out of the flat desert like a fort.

The series got its start in 2016, when Noack presented nine concerts in unusual outdoor locations within 75 miles of Portland. In April 2017, Noack played in Coachella Valley, Calif., as part of the inaugural season of Desert X, an art biennial of outdoor art installations. In September, he toured Oregon and Southern Washington.

The shows range in price from $25 for a regular ticket to $50 for a donation ticket, which helps bring the experience to other classical music lovers. There are also a limited number of free tickets for those who can't afford the regular price.

Concert goers should be mindful of the temperature changes at night in Central Oregon and dress accordingly. Also, bring your own chairs or blankets to sit on, and plenty of food and drinks. And, for the concerts in the State Parks, remember the $5 day fee for parking.