In Congress, both parties agree on one public lands bill

At a time of extraordinary political division, it’s rare that a public lands bill gets sweeping bipartisan support. Fights over how to manage public lands rage in today’s West, from disputes over national monument boundaries to whether states should have control over federal lands. Yet when Rep. Rob Bishop, R-UT, brought a public lands bill to the House Natural Resource Committee last week, it passed unanimously, with the support of over 165 interest groups from across the political spectrum. 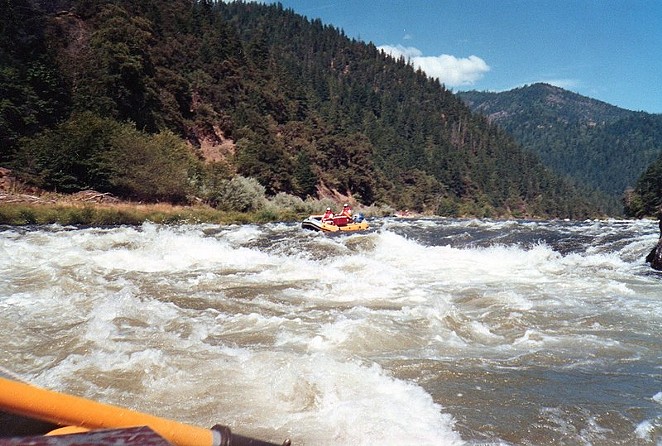 The bill would permanently reauthorize the Federal Land Transaction Facilitation Act (FLTFA), which allows the BLM to sell isolated parcels of land and use that revenue to purchase other acreage with high conservation value. Eighty-three groups signed a letter in support of Bishop’s bill last week, including the Nature Conservancy, Defenders of Wildlife and the Wilderness Society. The more conservative National Association of Counties, as well as the National Cattlemen’s Beef Association, Western Governors’ Association and several sportsmen’s groups also support FLTFA. Proponents say the bill provides a chance to rectify unwieldy checkerboard private-public land ownership across the West, while funding conservation projects.

“I don’t think you’ll see many other bills out there that have this kind of diverse group (behind them),” says Kelly Ingebritson, a senior government relations representative at the Conservation Fund. She has led a coalition of diverse groups to advocate for FLTFA’s reauthorization over the past seven years.

FLTFA was first implemented in 2000, and expired in 2011. The program became an important conservation tool for the West, enabling the BLM to raise over $113 million by selling 30,000 acres between 2000 and 2011. The BLM, along with U.S. Forest Service, National Park Service and Fish & Wildlife Service, used that money to purchase private parcels inside or adjacent to the Canyon of the Ancients in Colorado, City of Rocks National Reserve in Idaho, Hell’s Canyon Wilderness in Arizona, Zion National Park, and dozens of other sites. Before 2000, the BLM had little incentive to spend precious staff time and resources to go through the arduous process of finding buyers for isolated parcels, since the revenue got funneled to the U.S. Treasury. FLTFA allowed the BLM to keep that money in a separate account for future purchases.

The law also provides one of the only ways for the agency to remedy the West’s checkerboard land ownership, a byproduct of 19th century land settlement laws. Land grants to railroad companies and homesteading laws that provided settlers with dispersed parcels left a chaotic pattern of ownership. The BLM manages 246 million acres, which includes
many isolated parcels inaccessible to the public and surrounded by
private property. These inholdings can be a nuisance to manage because
they’re difficult to access even for BLM staff, and are embedded in
private lands whose owners aren’t required to follow the same management
philosophy. These isolated public parcels can also be problematic for
farmers and ranchers who own the adjacent land. The same is true when
private property is marooned inside public lands.

“National parks and monuments are often Swiss-cheesed,” says Aaron
Weiss, media director for the environmental advocacy group Center for Western Priorities. “There are very few mechanisms available for the federal government to purchase those inholdings and make them whole.”

Land swaps are another way federal agencies are allowed to clean up
checkerboard ownership. But swapping public for private lands can take
many years and requires each parcel to be of equal value, which can make
a fair trade hard to find. Land exchanges have long been controversial
because they often lack transparency and open federal agencies to
political pressures from private individuals or entities seeking
particular parcels. It’s rare to have two parcels of similar value, and
the valuation process can be subjective, favoring private landholders
over public access and benefits.

Proponents of FLTFA say the new program provides a much-needed
alternative to land swaps. “It’s a clearer, simpler and ultimately more
effective way to deal with the irrationality of land tenure in the
West,” says John Shepard, senior director of programs at the
conservation nonprofit Sonoran Institute. Land eligible to be sold under
FLTFA must be identified through the BLM’s public processes for
resource management plans. Proponents say the BLM and members of the
public consider potential FLTFA sales in the context of the larger
landscape, and whether they align with goals for the region. “As opposed
to just saying, ‘I want to buy that piece of land and I’ll exchange it
for this,’ (FLTFA) is much more formal, transparent, and divorced from
any immediate transactional goals and objectives or pressure,” Shepard
says.

Land sales under FLTFA can also ease pressures around the West’s
growing communities, allowing people to buy public parcels on the
outskirts of metropolitan areas. By 2009, 78 percent
of FLTFA revenue came from sales in Nevada, where the city of Las Vegas
continues to eat up once-public lands on its periphery. Some proponents
of FLTFA see the law as an important step to addressing that growing
pressure for land sales.

Bishop’s bill changes the previous FLTFA law to require agencies to
use funds within four years of the sale, or forfeit that money to be
used for purchases in other states. This provision would allow the feds
to spread funds from a state with a disproportionate number of sales,
like Nevada, to other parts of the West.

Legislators have tried to reauthorize the fund in every session of
Congress since 2011. Most recently, Sens. Martin Heinrich, D-N.M. and
Dean Heller, R-Nevada, introduced a reauthorization that got attached to
Alaska Sen. Lisa Murkowski’s massive energy bill that failed last year.
Heinrich and Heller have also introduced companion legislation to Bishop’s bill, in the Senate.

FLTFA proponents are now working to get the law attached to the 2018
fiscal appropriations bill, which Congress is required to pass by March
23.

- This story was originally published at High Country News on March 15, 2018.