November 05, 2020
4 comments
Democrat Phil Chang won the race for Deschutes County Commissioner with 52.28% of the vote and counting. His opponent, incumbent Republican Phil Henderson, lost with 47.63%. 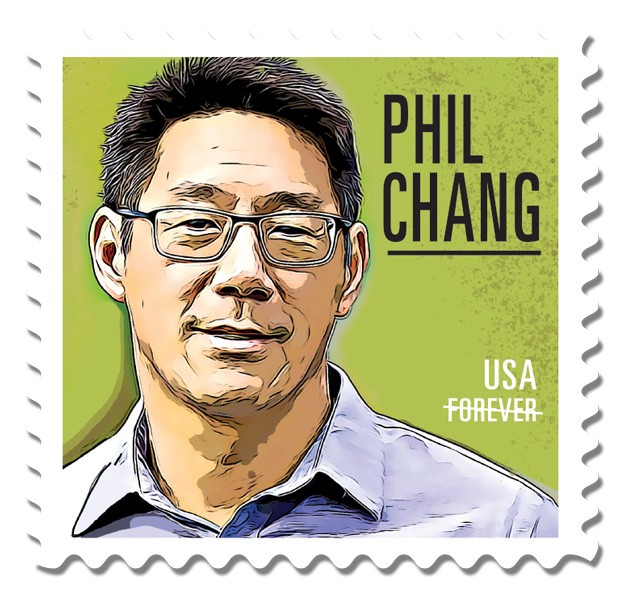 Chang has lived in Bend for 16 years and worked for the Central Oregon Intergovernmental Council for nine of those. He helped found the Deschutes Collaborative Forest Project which brings money to the region to help fund wildfire prevention measures. With a background in renewable energy and natural resources, Chang ran on a platform of urban growth over suburban sprawl, and is an advocate for increased support for the County's Behavioral Health Services department.

Chang said he wasn't surprised he won; he received a high level of positive feedback from voters throughout his campaign.

“I could see from social media, the yard signs, small donor contributions and people turning out to volunteer—that there was a lot of support, but I didn’t have a sense of the proportions,” Chang said. “I was very surprised with the initial returns in the first round of results, when we had a 5,400-vote margin. Based on past county commissioner elections, I’m honored and so appreciative of those 61,000 votes.”

Chang said that Alan Unger—the last Democratic Deschutes County Commissioner, who served from 2008 to 2016—was his inspiration and mentor. In 2016, lost to Republican Phil Henderson, who Chang bested in this race.

Chang said he's excited his victory means the County Commission will be more balanced in the years ahead. Chang will focus on behavioral health services, containment of COVID-19, smart growth for the community, affordable housing, traffic congestion and protecting open space and habitat.

In May, Commissioners Tony DeBone and Phil Henderson declined to move forward on a proposal by Bend-La Pine Schools to put a trained public health prevention specialist in each high school to help prevent suicide and addiction. Commissioner Patti Adair was in favor.

Chang said he wants to make it a priority to get this passed sometime in 2021.

Another plan for Chang: to end the many state land use battles the recent Commission has engaged in; among them, an attempt to develop zoned farm land outside Bend and Redmond. It also fought with the state over the approval of new marijuana cultivation centers in the unincorporated county.

“I believe that Commissioner DeBone hasn’t been as eager to fight with the state about every land issue under the sun as Phil Henderson was, so I’ll be excited to work closely with him, because this is not about a war against Salem, it’s about getting things done,” Chang said.

Fellow Commissioner Adair, a Republican who often sided with Henderson on land use issues, had this to say about Chang’s victory: “It will be interesting, another commissioner. We have a full plate ahead of us; 2020 was full of curve balls constantly. Who knows what 2021 will bring? I’m sure it will be more curve balls.”


The failure of Measure 9-134 measure by almost 8% was one of the surprises of election night given the overall progressive swing in City, State and County elections in Deschutes County. Some advocates of the measure said the language was confusing: Voters may have believed that a “no” vote meant that the County could no longer limit commercial marijuana businesses in the county. Instead, a “no” vote means that the County can continue to limit new grows.

“I thought there was a lot of misinformation about that measure. The phrasing for it and trying to present it as ‘We’ve already got plenty of pot, you want more?!’” Chang said. “But it could be that voters think there is enough pot now and we shouldn’t have any more. I can’t read between the lines.”

Not a single advocate of the measure submitted a letter for the Oregon General Election Voters’ Pamphlet, but five people submitted articles opposed.

“Some marijuana businesses might not think it should even be on the ballot, because voters expressed their will back in 2014 [the year marijuana legalization was passed in Oregon],” Chang said.

Adair, who, during her campaign two years ago, ran on an anti-marijuana platform, said she was happy the measure passed because “the rural communities have not been happy with [the growth of the pot industry] in their neighborhoods,” she said.

Meanwhile, Adair said she is working at the state level to legalize Accessory Dwelling Units in the Deschutes County.

The Deschutes Board of County Commissioners serve four-year terms. Both Adair and DeBone will be up for reelection in 2022.