Are you a whiskey lover who can't make that pilgrimage to Kentucky or Scotland anytime soon? Instead of a flight to Louisville or Edinburgh, enjoy a flight of Oregon single-malt whiskeys. Or ryes. Or any of the other types of whiskey that will be available at the premiere of the Oregon Whiskey Fest taking place Saturday, Sept. 24 in the parking lot of event host Oregon Spirit Distillers.

Brad and Kathy Irwin founded the Bend distillery in 2009 as Oregon's first grain-to-glass whiskey maker. When Brad served as the president of the Oregon Distillers Guild that supports Oregon's 65 distillers (most of which are members), he couldn't have conjured up an event that highlighted some, but not all of the guild's members. This festival is just for whiskey—and whiskey made by the distiller (as opposed to simply packaged or treated by the company, as is sometimes the case with some that call themselves distilleries) and, additionally, whiskeys that are aged at least four years. (Some, from the likes of McMenamins and Bull Run, see some whiskeys matured for six or seven years). No white dog here. 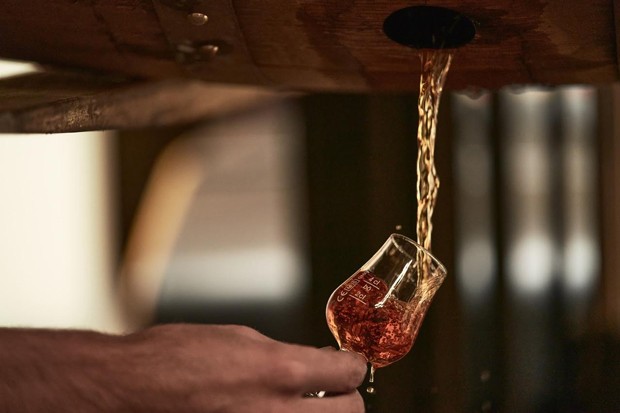 As such, there will be 14 Oregon whiskey distillers. (Only 15 qualified but Stein Distillery in Joseph doesn't have the staff available.)

"If we did this fest three years ago, only seven could've been invited," says Irwin.

Indeed, one of the geek-worthy aspects of this celebration is that the head distillers themselves will be pouring their booze. Want to know what distinguishes a four-year aged whiskey from a six-year? Ask your distiller. Want to know how 82-proof whiskey differs from cask strength? The distiller pouring your samples will be happy to talk you through it. "People are thirsty for the knowledge," Irwin says.

From Westward in Portland, which was awarded the auspicious Double Gold at the World Spirits Competition for its single malt whiskey (and then followed that up with a pair of golds for different finishes of their American whiskey) to host Oregon Spirit that is pouring, among others, a rare Oregon bourbon (which means the grain bill must be at least 51% corn and no, it doesn't have to hail from Bourbon County, Kentucky), the elixirs on hand will provide both unique, Oregon flavor as well as an educational experience.

Related Whiskeyed Away: News and trends in local whiskey

Whiskeyed Away
News and trends in local whiskey
If there was any time better than the middle of winter to revel in the craft of whiskey, we don't know when it is.
By Nicole Vulcan
Beer & Drink

What is "Oregon flavor" when it comes to whiskey?

"Oregon is a beautiful, agricultural community," explains Irwin. "Go east: it's all grain. Wheat, rye, barley, corn. We don't celebrate it that much because it's not where we live. Oregon grows the best rye, but it isn't as popular a commodity. Who eats rye bread anymore?"

Irwin is also quick to point out that most of what goes into whiskey is water. And we can all agree Oregon has the best water.

The fest is open to people who show proof of vaccination or a negative COVID test from within 72 hours. (And make sure to make safe transportation plans for afterward.)

While the VIP ticket includes a dinner the night before, it's already sold out. General admission tickets are $40. In addition to the samples, all served neat, a bar will serve all the classic whiskey cocktails from Manhattan to Mint Julep to the Big Easy classic, Sazerac. Really wanna geek out on how your cocktail is affected by your choice of whiskey? Order, say, an old-fashioned with Bull Run out of Portland, New Basin from Madras and Rogue from Newport.

Rogue, incidentally, is the only Oregon distiller to cooper some of their own barrels. From grain bills to oak selection and charring of said barrels on top of that, there are infinite directions a dram of humble whiskey can take. And for budding fans and connoisseurs alike, this new festival offers you to choose your own adventure.

If you find your new favorite, bottles of every offering will be available for sale (at no mark-up) and there'll even be a bottle valet system in place so instead of lugging around your fifths, you can simply pick 'em up on your way out (but you gotta actually remember you bought some).