Inclusion in the Outdoors | Outside Features | Bend | The Source Weekly - Bend, Oregon

Inclusion in the Outdoors

It's no secret that Central Oregonians love the great outdoors. While the options are extensive, not everyone feels the sense of inclusion that OUT Central Oregon president Jamie Nesbitt believes should be inherent when it comes to outdoor sports.

For this reason, the nonprofit has organized Winter PrideFest for the past several years, welcoming community members (and visitors) to celebrate inclusion and play in the snow. This year's Winter Pridefest includes a panel and welcoming party at Immersion Brewing Thursday, a wig-friendly skating event at Seventh Mountain Resort Friday, and an après-ski dance party at Spoken Moto Saturday. Registered participants can also take part in three full days of skiing—and drag tubing—at Mt. Bachelor. 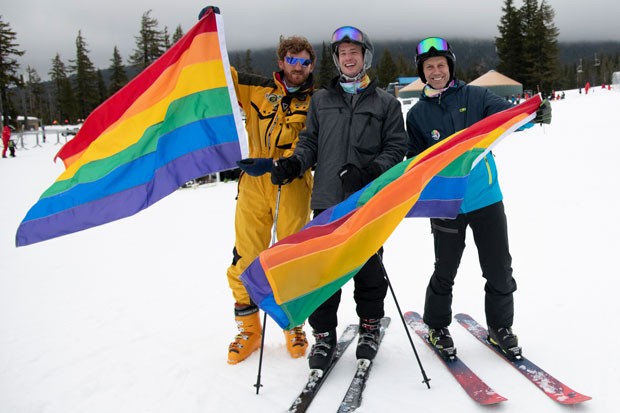 Thursday's Winter PrideFest Panel features three outdoors enthusiasts and members of the LGBTQ+ community. Pattie Gonia, an Instagram sensation and activist known for "bringing drag to the outdoors," will speak on the importance of visibility and inclusion. Molly Cameron, a transgendered professional cyclist, will touch on the challenges she's faced competing with both men and women, and Joey Jacinto, the strength-training coach at Redmond High School, will speak on what it means to be an openly gay physical education teacher. Nesbitt hopes bringing these athletes together to speak on the adversity they've faced will not only spark an important conversation, but facilitate change on a local level.

"The world of outdoor sports struggles with LGBTQ inclusion," Nesbitt said. "Athletics are such a big part of life for a lot of people." He explained that he steered clear of team sports during his childhood in rural Maine, fearful he'd be bullied or ostracized. "I wanted to play soccer, I wanted to play basketball," he shared. "But I was worried about harassment, ridicule and homophobia. So, I stuck to individual sports like track." He pointed to stats from a 2018 Human Rights Council report, which revealed that while 68% of non-LGBTQ high school students are involved in team sports, only 24% of LGBTQ youth are involved.

"LGBTQ youth are missing out on the benefits of team sports because they feel uncomfortable or fearful," he said.

Nesbitt explained that while "inclusion is inherent in outdoor sports," Oregon laws that were in place for "too long" have worked against inclusion—not just for the LGBTQ+ community, but for other marginalized people. He also noted that last year, Mt. Bachelor posted a PrideFest photo on its Instagram account, and was met with a shocking amount of hate.

"They hadn't ever dealt with anything like that before," he said. "We, of course, are pretty used to that, but they didn't know how to handle it." He suggested that improved visibility would ultimately help minimize adverse reactions. "That's why what Pattie Gonia is doing is so awesome," he said. "She's giving a voice to the LGBTQ community as far as outdoor sports go." 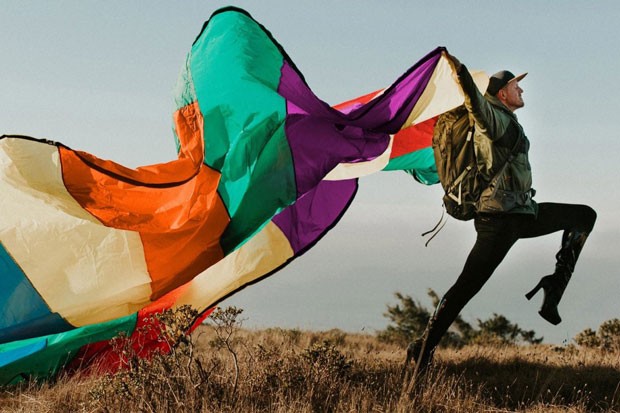 Jacinto, one of the panelists, described the challenges he's faced. "Sports have always been a big part of my life," he said. "I played college football. I was definitely closeted in college. I didn't know what was going on with me, but I knew that something was different." Jacinto came out when he was 24. Coaching high school football, he was on track to becoming varsity coach. After interviewing for the position, he came out to the woman he had been dating—a teacher at the same school. "I went from interviewing for the varsity position to no longer having a position," he said. "I thought that she probably mentioned something, and they let me go because I was gay."

Jacinto decided to step away from coaching after a professor asked him, "How comfortable are you in the boy's locker room?"

"I hadn't even thought about that, that had never even crossed my mind," he said. He helped open gyms and worked as a personal strength trainer for a while. "Eventually, I realized, you know what? I'm a comfortable, confident gay male. I went back to school and got my master's degree. Now you can ask me anything; I'm an open book. At 47, I've lived through it all. Now what I teach isn't just physical strength, it's emotional strength."

"We're bringing business to Bend on what would otherwise be a super-slow weekend," Nesbitt added. "It's also important to note that this event isn't just gay male-oriented. Forty percent of last year's attendees were female. When we say inclusion, we mean inclusion... everyone is welcome! Children, families, allies... we all want to feel a sense of community and belonging. Inclusion, visibility, and having a blast outdoors. That's what Winter PrideFest is all about."